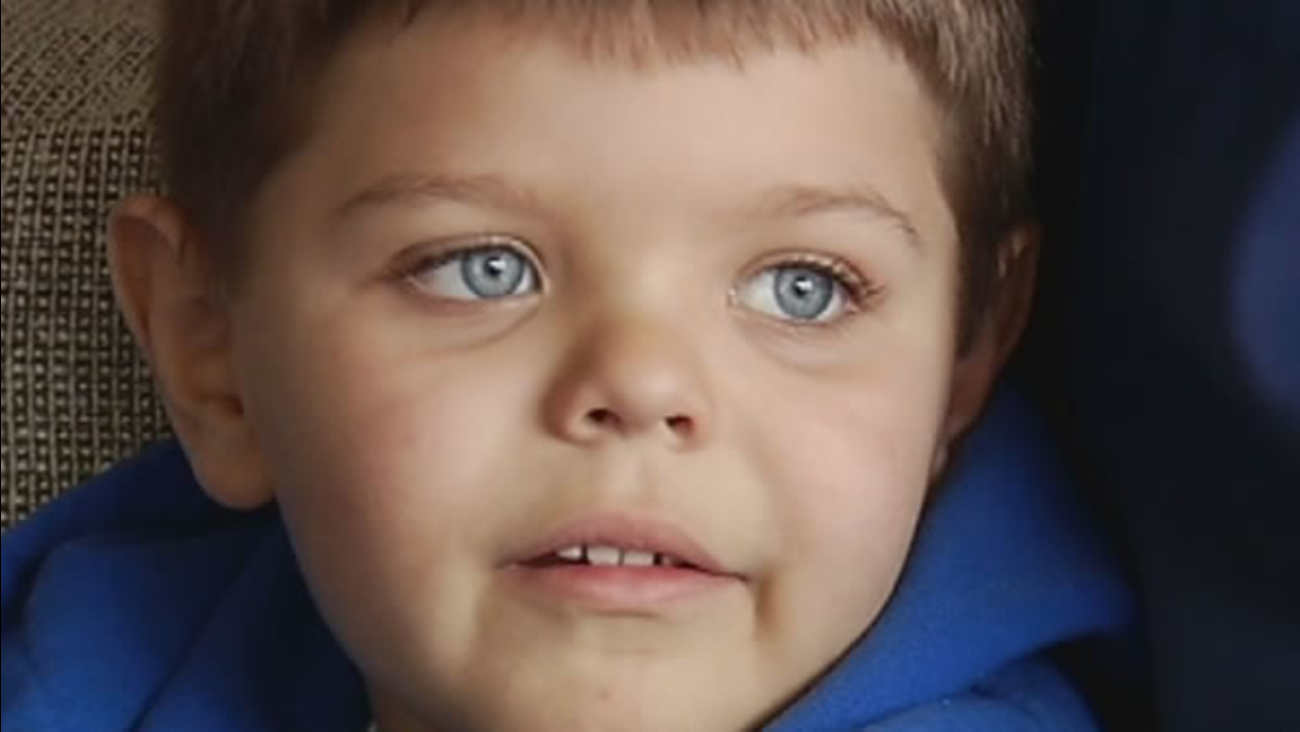 SAN FRANCISCO, Calif. -- A little boy with a big wish is going to live his dream tomorrow in ways he never could have imagined. The city of San Francisco will transform into Gotham City for a 5-year-old who just wants to be Batman for a day. ABC7 News reporter Ama Daetz is participating in the big event and sat down with Miles Scott and his family ahead of the big day.

Miles and his family are here in San Francisco from Tulelake, just south of the Oregon border.

Miles is a superhero fanatic, especially when it comes to Batman.

Miles has something in common with the caped crusader -- bravery. He was diagnosed with leukemia at just 18 months. Fortunately, he's now in remission.

His wish was to be Batman and Make-A-Wish Greater Bay Area is making that happen in grand fashion Friday. 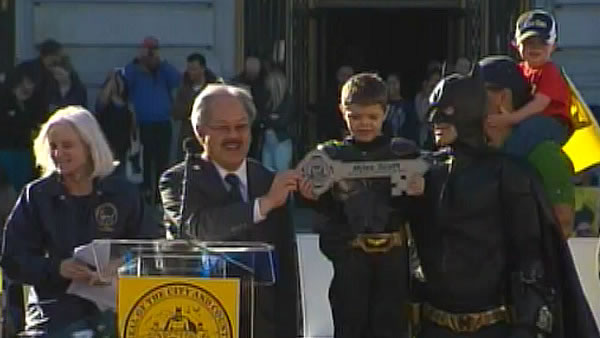 PHOTOS: Batkid plays hero for a day in San Francisco
The city of San Francisco transformed into Gotham City to help Miles be Batkid for a day.

Why does Miles want to be Batman?

"Because he's my favorite super hero," he said.

Miles thinks he's in San Francisco getting a batman costume. That's true, but there's a lot more to it. He's in for a day of rescues and heroics as San Francisco is turned into Gotham City.

"We come from a very small town, 1,000 people, where it's nothing like this," Miles' dad Nick Scott said. "The scale this big is just overwhelming for us. It's nothing we ever dreamed of."

People from all over San Francisco are pitching into to make Miles' special day happen, from the mayor and police chief to the dancers in the flash mob planned at Union Square.

"It's really neat to see how many people have got together for a stranger they don't know and show support for; it's heartwarming," Nick Scott said.