KGO
By by Sergio Quintana and Lisa Amin Gulezian
SAN FRANCISCO (KGO) -- Thousands of people participated in a daylong march against police brutality in San Francisco and Oakland Saturday. Once the rallies ended in the afternoon, demonstrators continued into the early night in both cities.

Police issued a dispersal order to demonstrators in Oakland at 6:30 p.m. Saturday night when things started getting violent. By 9:30 p.m., Oakland police moved in, made several dozen arrests and the crowds finally did disperse.

Officer Johnna Watson said roughly 200 to 300 protesters were marching in downtown Oakland when someone in the crowd lit several fires in the street. Photos on Twitter showed people at the protest burning American flags.


Watson said some people at the demonstration also broke windows at the Whole Foods grocery store at Bay Place and Harrison Street. Police ordered the protesters to disperse at 6:33 p.m., she said.

"It was after those incidents that we went ahead and issued the dispersal order," Watson said.

Witnesses posting images and comments on Twitter said police in riot gear are trying to break up the demonstration by chasing the protesters and forcing them to move quickly.

Kurtis Alexander said on Twitter that police are threatening to use chemical agents on the crowd.

No one has reported injuries and Watson said she hasn't received any reports about injuries to officers. Oakland police and the California Highway Patrol are monitoring the demonstration, Watson said.

More than 1,000 people marched earlier today in Oakland and hundreds of demonstrators from Berkeley met up with them in front of the Rene C. Davidson courthouse, according to police and reports on Twitter.

A CHP officer said the demonstrators closed down the Posey Tube in Oakland for a short period of time.

The demonstrations coincide with the "Million March," a series of protests across the country, including one involving hundreds of protesters in San Francisco today, to denounce the use of excessive force by police.

The demonstrators can be seen walking with signs that say "Black Lives Matter" and "No more police murders." It is one of many demonstrations that have taken place in the Bay Area over the past two weeks following two grand jury decisions to not indict white police officers in the deaths of unarmed black men.

In San Francisco, the marches continued until about 7:30 p.m. as the demonstrators made their way through the Mission District.

The marchers stopped at Civic Center, where several speakers addressed the crowd, including the families of Alex Nieto and O'Shaine Evans, according to reports on Twitter. Both men died this year in San Francisco after police shot them.

The demonstrators then started moving down Market Street. As of around 4:30 p.m., MacDonald said there were no reports of vandalism or property damage and she didn't know if there had been any arrests. 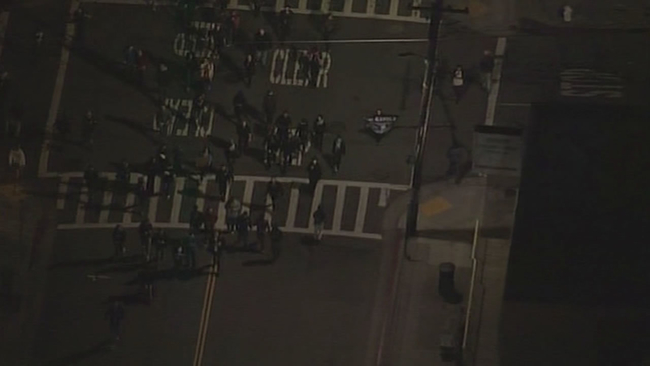 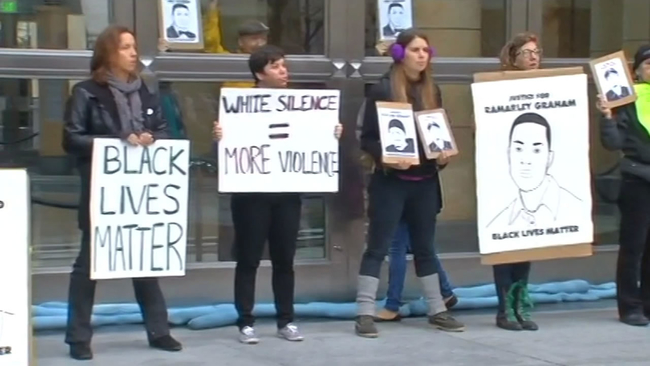 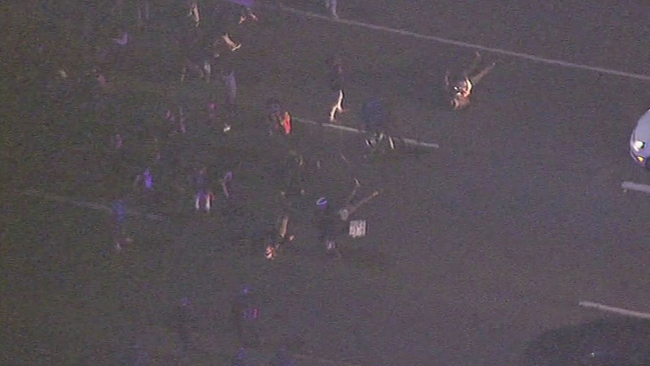 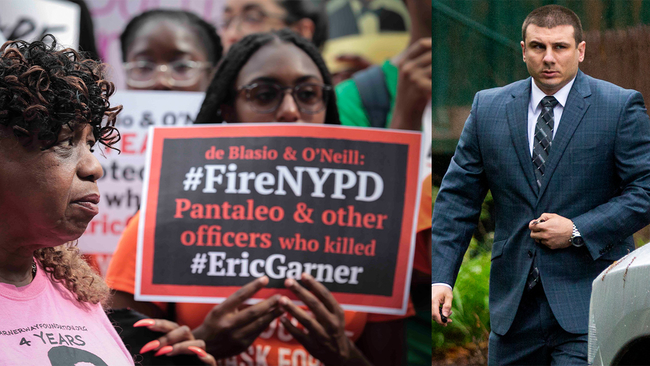