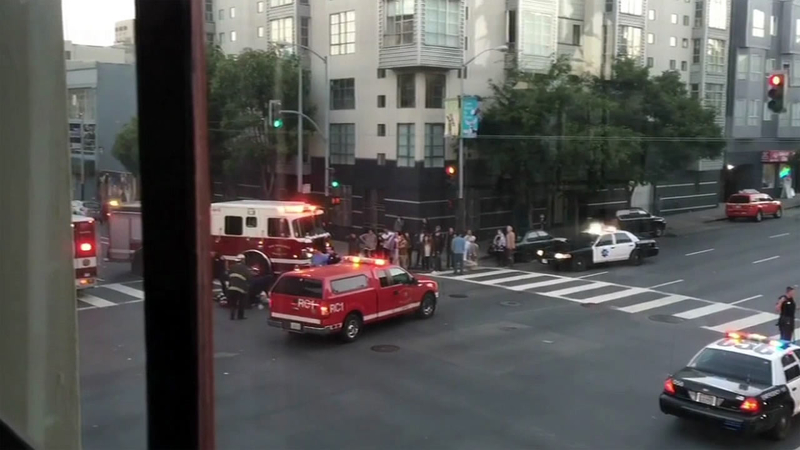 SAN FRANCISCO (KGO) -- Officials are investigating after three separate fatal bicycle accidents occurred in the Bay Area in the past 24 hours.

Officials said two of those were hit-and-run accidents and in one of those cases police are still looking for the driver.

Police released the mug shot of a man named Farrukh Mushtaq, 32, who is accused of being behind the wheel of a BMW that hit and killed a bicyclist at 7th and Howard streets in San Francisco. A citizen saw him get out of the car and detained him until police arrived. The victim was identified as woman named Katherine Slattery, 26.

Another woman named Heather Miller, 41, was killed in Golden Gate Park. The driver who crashed into her is still missing and was believed to have been speeding and driving in the wrong lane.

Both of the women killed in these accidents were from San Francisco.

Jason Sirois was riding behind her and saw the collision. He came back to the site Thursday to leave flowers. "I didn't see her until I heard the impact. I looked up and saw the bike tumbling head over heels, it must have been 10 feet in the air. The fact that this is a safe haven for cyclists, runners, families, and anyone it's just a complete tragedy," Sirois said.

"I ask the public anybody that was around to please submit to police department any information that you have, what you saw, what you heard on that because we have to hold this individual accountable," San Francisco Mayor Ed Lee said.

Other witnesses said the speeding driver was trying to pass slower traffic, when the car hit the cyclist head-on.

The vehicle was found about a mile away, and police say it was reported stolen.

They have not tracked down the suspect.

Officials said their Vision Zero policy has made some positive changes, but can't always keep people from speeding.

San Francisco officials said they are redesigning streets, supporting more law enforcement to try and make the streets safer. "They're not accidents. These are tragedies that can be prevented. They now seem to be resulting from incredible, irresponsible actions by individuals," San Francisco Mayor Ed Lee said.

"We can't have police standing on every street. There's 141 communities across the country that are using cameras to enforce speed limits. Currently California state law does not allow us to do that here and we're working to change that," San Francisco Municipal Transportation Agency Director Ed Reiskin said.

Officials said those cameras have been known to cut down on accidents by 25 percent in other communities.

City planners emphasize they need everyone to be a part of the Vision Zero plan to end traffic fatalities in a decade. They need people to be more aware, look up from their phones and drivers to slow down.

They made one arrest Wednesday, but still looking for the other driver from Golden Gate Park who was driving a white Honda.

Officials are asking witnesses with information on the incident in Golden Gate Park accident that occurred at 6:00 p.m. Wednesday to call police. 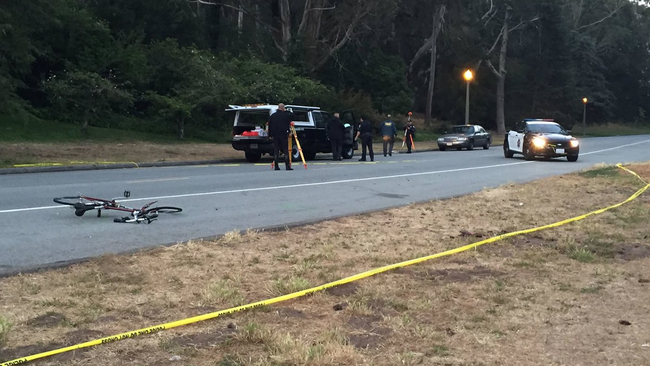