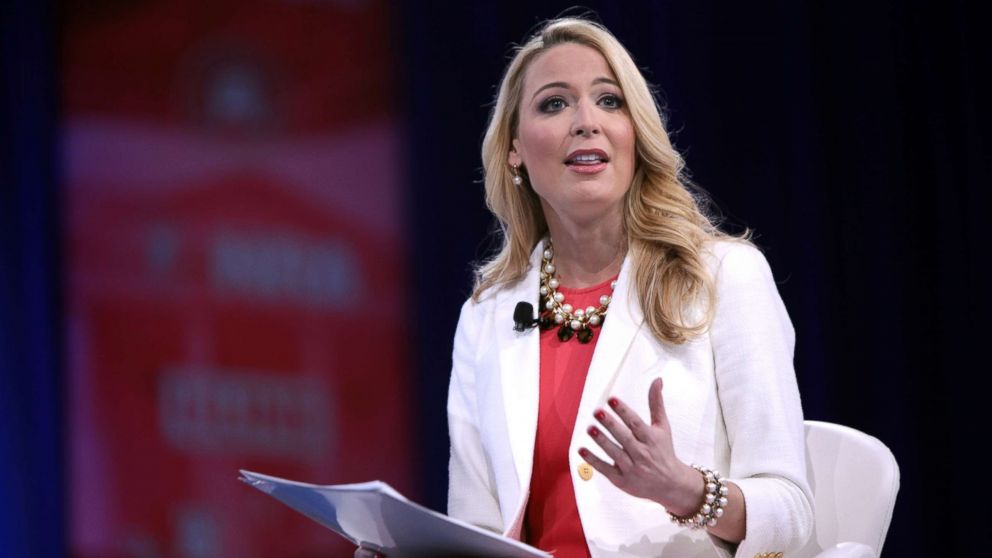 Two sources familiar with the matter say Samantha Dravis, who served as senior counsel and associate administrator in the EPA's Office of Policy and was seen as one of Pruitt's closest aides, resigned abruptly last week.

A source close to Dravis disputed that characterization, saying that she had been considering pursuing opportunities in the private sector for some time.

"It has been an honor to serve in this role at EPA, and I am enormously grateful for the opportunity. I wish Administrator Pruitt and all of the public servants at EPA the very best," Dravis said in a statement.

Pruitt has been the focus of mounting questions since last week when ABC News first reported his sweetheart deal at a $50 a night prime Capitol Hill townhouse that's co-owned by the wife of lobbyist who has represented energy companies.

Dravis and Pruitt have a long professional history.

Dravis' resignation is the first publicly reported departure amid congressional questions about Pruitt's rental agreement and expensive travel for the administrator and his staff. Dravis, along with Pruitt and his head of security all flew first class on a trip to Morocco in December - a trek that Democrats on congressional committees with oversight of the agency have zeroed in on as an example of what they see as the EPA leader's questionable excesses.

Prior to her work at Pruitt's EPA, Dravis worked at the Rule of Law Defense Fund, a conservative public policy organization affiliated with the Republican Attorneys General Association. Pruitt was once was chairman of both groups.

Dravis also previously served as legal counsel at Freedom Partners Chamber of Commerce. Many members on the board of directors of that group include current and former executives for organizations affiliated with the GOP mega-donor Koch brothers.

The EPA previously released a statement from agency ethics officers after the condo arrangement became public saying that it did not violate gift rules because Pruitt paid a market rate.

But in a new memo Thursday obtained by ABC News through the Campaign Legal Center, the agency's chief ethics officer raises more questions about the process that led to the first memo.

Kevin Minoli writes that the ethics decision looked at the gift portion of the rule and it "was not intended to and did not address other portions of federal ethics regulations." That memo was first reported by CNN.

Federal ethics regulations say that government employees should consider rejecting gifts from outside sources if they could give the impression of undue influence.

Pruitt and EPA have cited the EPA's initial memo in response to questions about the housing arrangement, saying that career ethics officials determined there was no problem with the agreement. They say that $1,500 a month was a fair market rate because Pruitt was only renting a room.

When asked if he would take responsibility for the arrangement in an interview with Fox News on Wednesday night, Pruitt said he did nothing wrong.

"...It was done the right way, there's a lease in place, it was fair market value and it's been shown as such," Pruitt told Fox News.

The new memo shows that ethics officials searched Airbnb, Zillow and other rental websites for comparable rates. Airbnb showed some rooms from $40-$70 a night in Capitol Hill and the H Street corridor - a gentrified strip in Washington D.C. that is near Capitol Hill. One bedroom apartments immediately around the condo where Pruitt stayed ranged from $1600 to $3240 per month.

Ethics officials outside the EPA have said that the comparison to Airbnb could be problematic because the room was held open for Pruitt even though he was only charged when he was there. Airbnb is typically used for more short-term rentals.

Walter Shaub, former director of the Office of Government Ethics, said that part of the agreement could violate gift rules even if the EPA determined that it did not.

"The idea that it's perfectly normal in this town to get a prime location and this house really is that, its right next to the House, Senate office building on Capitol Hill, for $50 a night and the owner will hold the house open for you for any night that you don't use it, he won't rent it to anyone else but you only pay for the night's you actually stay there at well below market rate. There's no doubt that this is a gift and that this is below market rate and so the EPA's justification doesn't wash," Schaub said Sunday on CNN.

Pruitt also said in an interview with Fox News that the comparison between renting only one room and a one bedroom apartment is not fair, because the landlord still had control of the common areas. Sources have told ABC News that Pruitt and his daughter had use of the common areas and the second bedroom when she lived there during a White House internship.

"We paid $1500 a month for the use of one room while I was there. And the rest of the space was common area. So that is dramatically different than you pointing at a two bedroom or one bedroom apartment, whatever it is, when you point to an apartment on Capitol Hill and use those kinds of numbers it's not apples to apples, you're not being fair with respect to the comparison," Pruitt said in an interview on Fox that aired Wednesday night.
Report a correction or typo
Related topics:
abc newsnational
Copyright © 2020 ABC News Internet Ventures.
More Videos
From CNN Newsource affiliates
TOP STORIES
Inequity could slow CA's COVID-19 reopening process