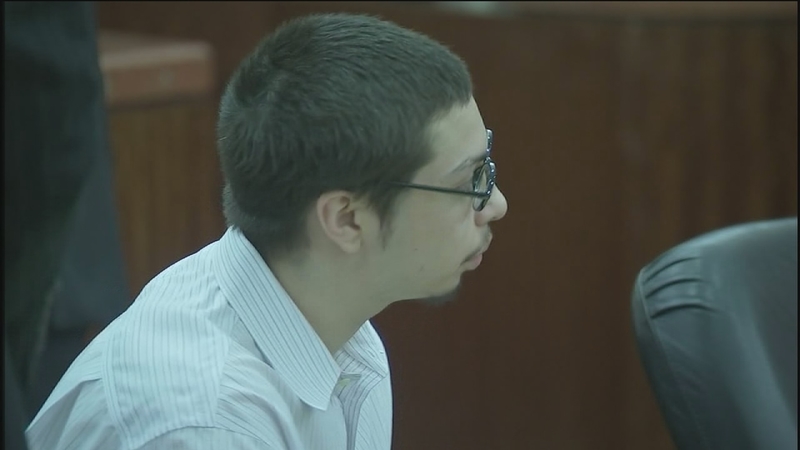 HOUSTON -- Opening statements in Jos Reyes's murder trial got underway at around 10:45am. He is accused of killing 15-year-old Corrian Cervantes in what prosecutors have said was a part of a satanic ritual.

Dressed in a white shirt, Reyes showed no emotion as he told the judge he is pleading not guilty to the charges.

Prosecutors began opening statements with disturbing details of how Cervantes was found. They say she had markings on her throat where a belt was used to strangle her. Portions of a toilet seat were embedded in her, remnants of what was used to hit her. They say the 15-year-old was also sexually assaulted.

Then there is the part of her death that indicates it was part of a satanic ritual, according to prosecutors. They told the jury that an upside down crucifix was carved into Cervantes' body.

During a jail house interview with Eyewitness News reporter Jessica Willey, Reyes denied believing in satanism and claims to be a Christian. He showed us a tattoo on his chest of the Grim Reaper.