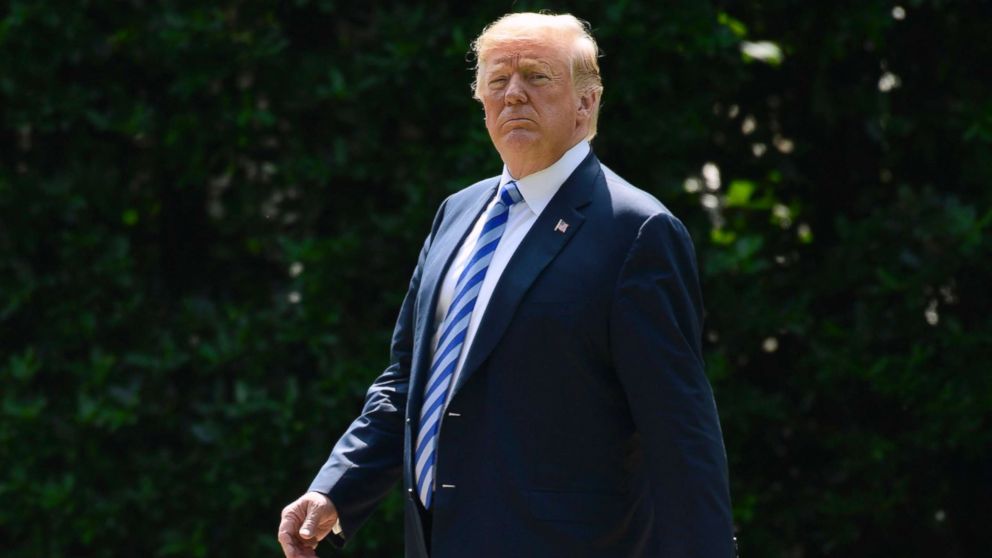 Re-igniting his feud with NFL players who have sought to protest police brutality toward African Americans, President Donald Trump appeared on the White House South Lawn Tuesday afternoon for less than seven minutes for a 'Celebration of America,' intended as patriotic counter-programming to his abrupt decision to dis-invite the Philadelphia Eagles from their Super Bowl victory celebration.

"I want to take this opportunity to explain why young Americans stand for our national anthem," Trump told the crowd, for the most part populated with staffers from the West Wing and the Eisenhower Executive Office Building. "Maybe it's about time that we understood."

The White House earlier Tuesday accused the Philadelphia Eagles of abandoning their fans after President Trump disinvited the team from the White House for the victory celebration over a growing number of players who had committed to boycott the event.

President Trump didn't directly reference the Eagles in his remarks at the celebration, but used the ceremony to tout recent economic successes and said that the celebration was "bigger than we had anticipated."

As the U.S. Marine Band and Army Chorus played the National Anthem and 'God Bless America,' President Trump was seen heartily singing along with the rest of the crowd and mouthing most of the lyrics.

In an email sent to staffers earlier in the day, obtained by ABC News, the White House Management Office urged all staffers to come attend the event to "honor our great country, pay tribute to the heroes who fight to protect it, and loudly and proudly play the National Anthem."

After the playing of the anthem, one unidentified attendee could be heard shouting, "stop hiding behind the armed services and the national anthem," but was quickly cut off by boos from the audience.

"In other words, the vast majority of the Eagles team decided to abandon their fans," Sanders said in a statement. "Upon learning these facts, the President decided to change the event so that it would be a celebration of the American flag with Eagles fans and performances by United States Marine Band and the United States Army Chorus."

The president, on the defensive Tuesday, took to Twitter to tout the "many championship teams" that he has hosted at the White House and referencing a recently updated NFL policy that allows players who wish to protest the anthem to stay off the field and in the locker rooms during the anthem, saying "NFL, no escaping to Locker Rooms!" In lieu of the Super Bowl celebration, the president is instead hosting what the White House is calling a "Celebration of America."

The NFL's rule change last month allowing players to remain in the locker room during the anthem should they choose was widely viewed as a capitulation to the president, but he has said that the policy does not go far enough - even suggesting that perhaps players who do not want to stand for the anthem should not be in the country.

In a statement Monday evening, the president said of the Eagles players that "they disagree with their President because he insists that they proudly stand for the National Anthem, hand on heart, in honor of the great men and women of our military and the people of our country."

While many of the players had elected not to attend Tuesday's celebration at the White House, no Eagles players actually kneeled in protest during the anthem last season.