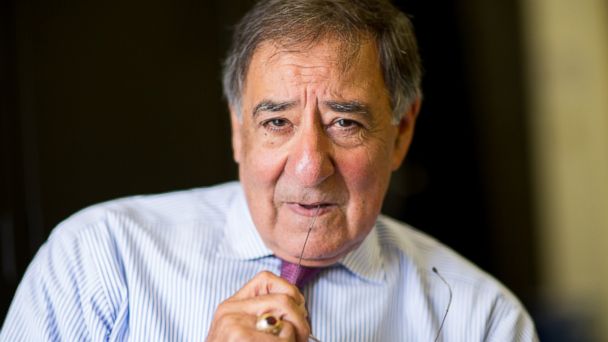 LOS ANGELES, California -- Former Secretary of Defense and Hillary Clinton surrogate Leon Panetta on Friday condemned the strategies GOP presidential candidates Donald Trump and Ted Cruz proposed in the wake of the terrorist attacks in Brussels, calling them "irresponsible, "dangerous" and a risk to national security.

"Both Trump and Cruz's approaches are the kind of shoot from the hip slogans that demonstrate what I fear is stunning lack of knowledge about national security and about fundamental values," Panetta, who also served as the CIA director during President Obama's first term, said during a conference call with reporters this afternoon.

"What we're hearing from the Republican candidates on the other side are very irresponsible and dangerous proposals that I think will put our national security at risk and further divide us from very allies that we need in order to win this war against ISIS," he continued.

Following the dual terrorist attacks in Brussels on Tuesday, Trump doubled down on his proposal to ban Muslims from entering the country, has called for less involvement with NATO, as well as for reinstating torture as a method of interrogation in an effort to combat ISIS. Cruz, likewise, has proposed law enforcement patrol "Muslim neighborhoods" in the U.S.

Both candidates have received criticism from the Democratic candidates, as well as some law enforcement officials, including NYPD commissioner Bill Bratton.

During the call on Friday, Panetta also dismissed criticism from Republicans that President Obama or Clinton, during her time as Secretary of State, played a role in the rise of ISIS. "You can't lay the blame for these kinds of threats on the president or Secretary Clinton," he said. "The fact is terrorism has developed in those countries because of the conditions that are present in those countries and that kind of terrorism is something we just need to confront."

Panetta, however, has previously suggested otherwise. In a critical 2014 interview with USA Today, he said that the President had "kind of lost his way" over those past two years and created a "vacuum" for the Islamic state.