Trump May Have 50-50 Chance for GOP Nomination With Iowa Win, Lowry Says 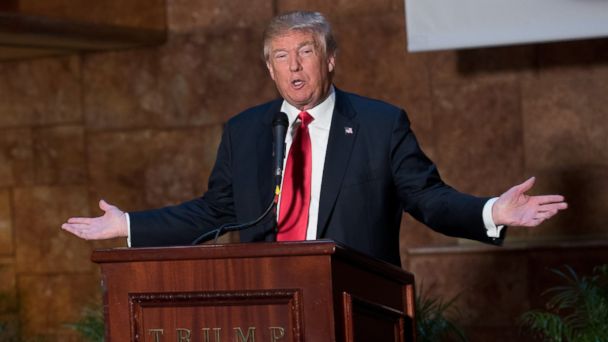 This week we spoke with National Review editor Rich Lowry, who joined the "This Week" roundtable today, about the 2016 presidential election. Lowry said Donald Trump may have a 50-50 chance of securing the Republican nomination for president if he is able to win the Iowa caucuses.

1. How likely do you think it is that Donald Trump is the Republican nominee for president? We should mention you have tussled with him on Twitter.

Lowry: Yeah, I don't think I'll be invited to stay in the Lincoln Bedroom during a Trump administration.

If Trump wins Iowa, watch out. I doubt he will, because it isn't his natural terrain, but he could if the field fractures in the right way. He wins there, then he has some significant odds of winning the nomination -- might be a 50/50 proposition at that point.

2. You wrote last month that Jeb Bush still has a path to the nomination. Still think so? How difficult is it going to be for him?

Lowry: There's a path, but a treacherous one. The first step is getting better in the debates. If he has another debate like the last one, he might risk falling into asterisk-territory.

3. What do you make of the controversy over the claim in Ben Carson's book that he was offered "a full scholarship to West Point"? Is it seriously damaging?

Lowry: The media is in a full lather about little or nothing. The controversy will help Carson.

Lowry: Not surprised that that is what he thinks, a little surprised that he said it. It's a pretty conventional criticism of his son's administration, and a wrong-headed one in my view. W [former President George W. Bush] made all the big decisions, for better and for worse.

Lowry: We will endeavor to be tough and fair with everyone.