KGO
SAN FRANCISCO, Calif. (KGO) -- It took two days for the three-judge panel to uphold a halt to President Trump's travel ban. The legal fight may now be headed to the Supreme Court. The Department of Justice could file papers at any time, asking the highest court in the land to take up the case.

The executive order, signed in the name of national security, stopped travelers from seven predominantly Muslim countries from entering the U.S.

Then, a Washington state federal judge issued a temporary stay on the ban Saturday, allowing for travel to resume once again.

"Thank you very much to the federal judge who remove it," said Salma Khaddour, a Syrian visa holder. "I just took the first plane and I came here just to make it."

The president vows to continue the legal battle to get his ban back in.

"It's a decision we will win, in my opinion, very easily," Trump said.

"We have seen him in court twice and we're two for two," said Washington Attorney General Bob Ferguson.

As for what's next, the case could continue on in Washington state for a hearing on the merits of temporary restraining orders, or it could go to the Supreme Court, which legal experts admit, is unlikely just yet.

As it stands the executive order is just simply too broad.

"His own secretary of homeland security has said it's over broad and it has a hint of religious discrimination, which the president himself has supported by tweeting about quote, 'the Muslim ban,'" Professor Rory Little told ABC7 News.

There is a chance this case could come right back to the 9th Circuit Court for yet another appeal if it goes to Washington state and either side doesn't like the outcome there.

Microsoft confirms talks seeking to buy US arm of TikTok 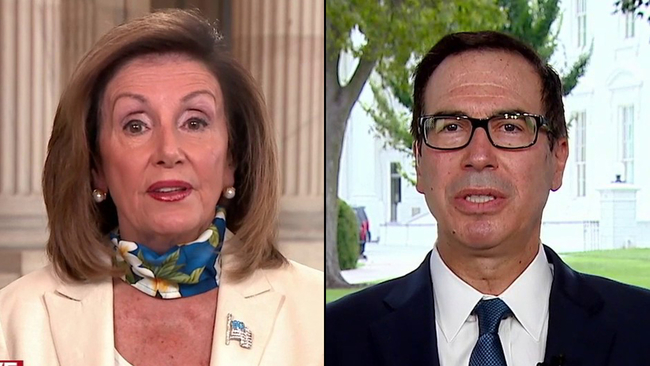 Q&A: What would a US ban on Chinese-owned app TikTok mean?
More Videos
From CNN Newsource affiliates
TOP STORIES
2 Black educators from North Bay school laid off, both believe they were racially discriminated against