Trump's New Finance Head Has History of Donating to Democrats 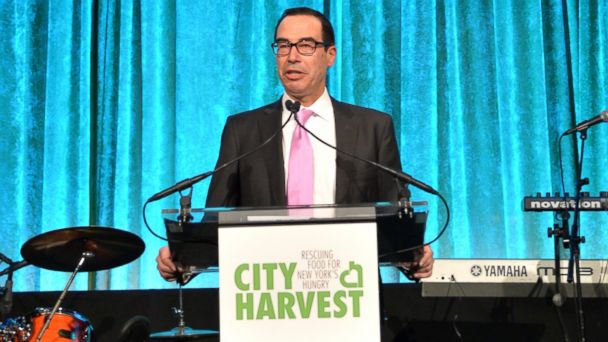 Donald Trump's new national finance chairman has at least one thing in common with the boss in that they both have a history of donating to politicians of different political stripes.

While his GOP rivals slammed Trump for having donated in the past to his likely competitor, Hillary Clinton, as well as other Democrats, the same can be said of the newest member of Team Trump.

Steven Mnuchin, whom the campaign today introduced as Trump's national finance chairman, entered the political realm after working as the chairman and CEO of a private investment firm called Dune Capital Management.

Mnuchin, 53, previously worked as a partner at Goldman Sachs and owned a holding company alongside other private investors.

"It's a great privilege to be working with Mr. Trump to create a world class finance organization to support the campaign in the General Election," Mnuchin said in the campaign's release.

A review of Mnuchin's political donation history shows that he has made three times more donations to Democratic politicians than Republicans between 1997 and 2008.

Mnuchin made 35 donations to various Democratic politicians and 11 to Republican candidates, according to campaign finance records held by the Center for Responsive Politics.

He made other donations to Republican groups and PACs as well, but the recipients of those funds were not immediately clear.

Like Trump, Mnuchin has donated to Clinton in the past, making a total of five donations between 2000, when she was running for Senate, and 2007, when she started her first presidential run.

Mnuchin has also donated to Barack Obama, first when he was a senator in 2000 and then again in 2007, when Mnuchin donated the legal limit of $2,300 to Obama's presidential campaign.

"Steven is a professional at the highest level with an extensive and very successful financial background," Trump said in a release announcing Mnuchin's hiring.

"He brings unprecedented experience and expertise to a fundraising operation that will benefit the Republican Party and ultimately defeat Hillary Clinton."