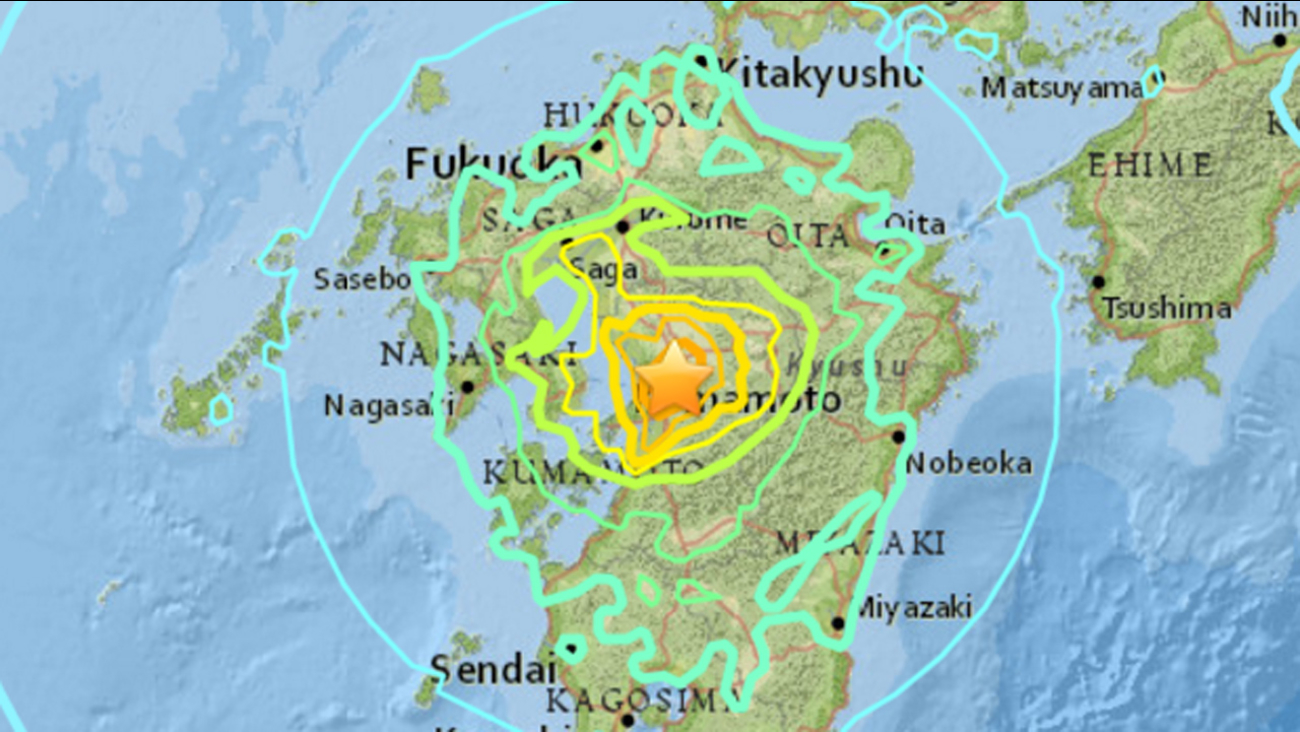 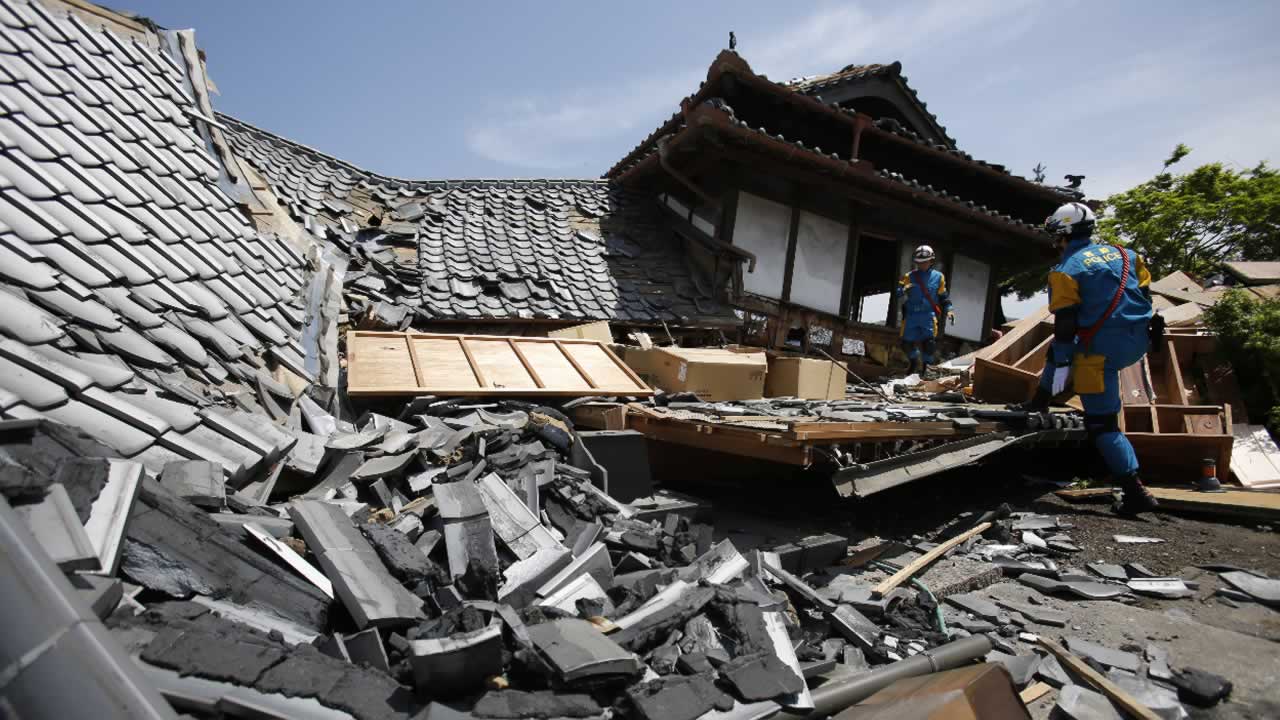 Kumamoto Prefectural official Tomoyuki Tanaka said the death tolls were climbing by the hour, with the latest standing at 19 from Saturday's magnitude-7.3 quake that shook the Kumamoto region on the southwestern island of Kyushu at 1:25 a.m. On Thursday night, Kyushu was hit by a magnitude-6.5 quake that left 10 dead and more than 800 injured. Tanaka said reports on injuries were changing fast and he did not yet have any number.

A series of aftershocks ensued, including a magnitude-5.4 Saturday morning. The Japan Meteorological Agency said that the quake that struck earlier Saturday may be the main quake, with the earlier one a precursor. The quakes' epicenters have been relatively shallow - about 10 kilometers (6 miles) - and close to the surface, resulting in more severe shaking and damage.

Chief Cabinet Secretary Yoshihide Suga, in an emergency news conference early Saturday, said more than 300 calls came in to the Kumamoto police and another 100 to police in nearby Oita, seeking help and reporting people trapped or buried underneath debris. He said 1,600 soldiers joined rescue efforts. Prime Minister Shinzo Abe said damage from the magnitude-7.3 quake could be extensive.

Public broadcaster NHK TV showed stones tumbled from the walls of historic Kumamoto Castle, and a wooden structure in the complex was smashed. At the Ark Hotel, east of the castle, hotel guests woke up to strong shaking and a warning siren. Hotel staff told guests, including tourists and journalists covering the quake, to evacuate their rooms and gather in the lobby for safety.

A bright spot, broadcast repeatedly on television Friday, was the overnight rescue of an apparently uninjured baby, wrapped in a blanket and carried out of the rubble of a home.

Saturday's quake hit residents who were still in shock from the previous night's earthquake and had suffered through more than 100 aftershocks.

Yuichiro Yoshikado said Thursday's quake stuck as he was taking a bath in his apartment in Mashiki.

"I grabbed onto the sides of the bathtub, but the water in the tub, it was about 70 percent filled with water, was going like this," he said, waving his arms, "and all the water splashed out."

"It's as if all control was lost. I thought I was going to die and I couldn't bear it any longer."

Yoshikado, whose building was undamaged despite the intense shaking, checked the damage at his aunt and uncle's home nearby. Kitchenware was scattered on the floor, and a clock had stopped around 9:26 p.m., the time of Thursday's quake.

The latest victim of Thursday's quake was killed in a fire in the city of Yatsushiro, the Kumamoto prefecture said, adding that two other people were in a state of heart and lung failure. The nine other dead included five women and four men, the Fire and Disaster Management Agency said.
Related topics:
earthquakedisasteru.s. & worldjapan quake
Copyright © 2021 by The Associated Press. All Rights Reserved.
RELATED