Officials investigate major collision between a police cruiser and two other vehicles in Fremont.

FREMONT, Calif. (KGO) -- Drivers are being urged to avoid a major intersection in Fremont after a major crash involving a police cruiser and two other cars. The accident happened at Paseo Padre Parkway and Fremont Boulevard just before 9 a.m. Monday. It remains closed while police investigate what happened.

Officials are calling this an active investigation and it continues to be a traffic situation. 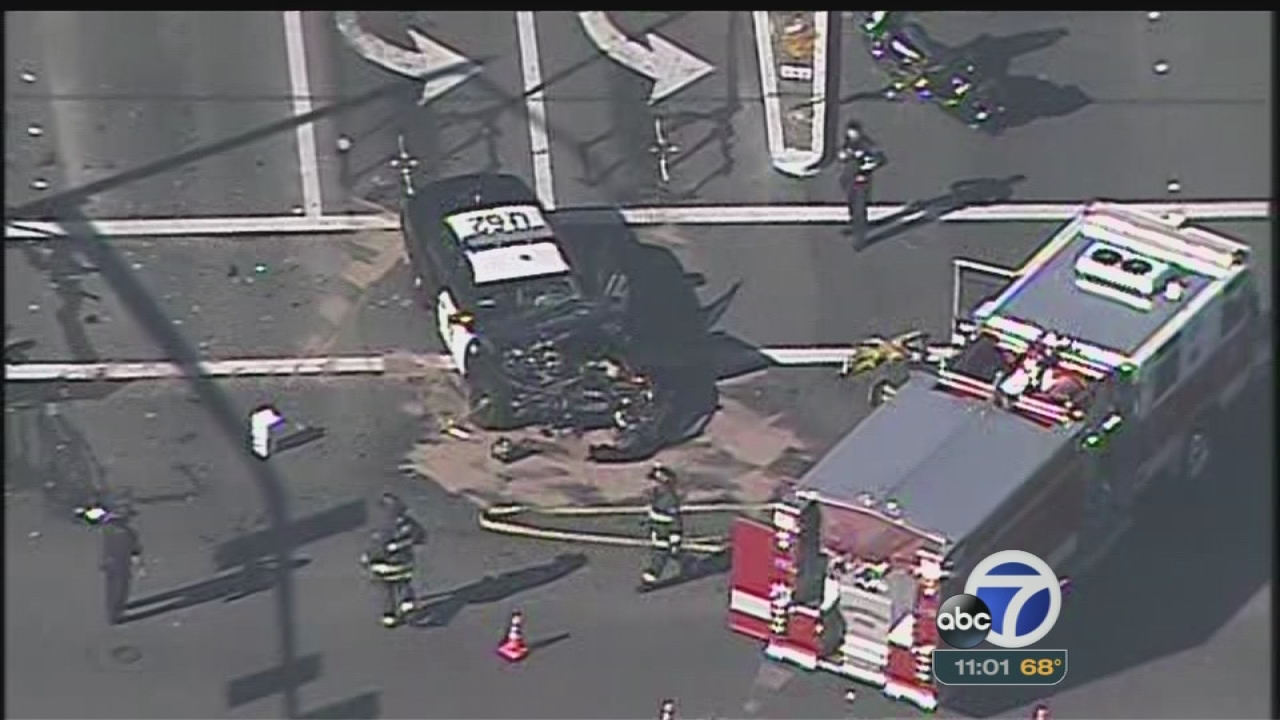 Police say two people were injured and taken to the hospital. One of them was an on-duty police officer for the Union City Police Department.

Traffic is still backed up all the way down Fremont Boulevard to Highway 880.

Fremont police tell me they were called to the intersection of Paseo Padre Parkway and Fremont Blvd. around 8:30 a.m. after getting a 911 call for a traffic accident involving injuries.

When they arrived they found three smashed vehicles including that of an on-duty Union City police officer in a marked vehicle.

The police officer along with the female driver of a four-door sedan and at least one of her two children were injured and taken to the hospital.

The third vehicle was occupied by a man who had stopped at the light at the time of the crash. The force of the impact from the police car and sedan sent the cars crashing into his van. He was not injured.