Uber driver returns $3,000 to passenger who left wallet behind 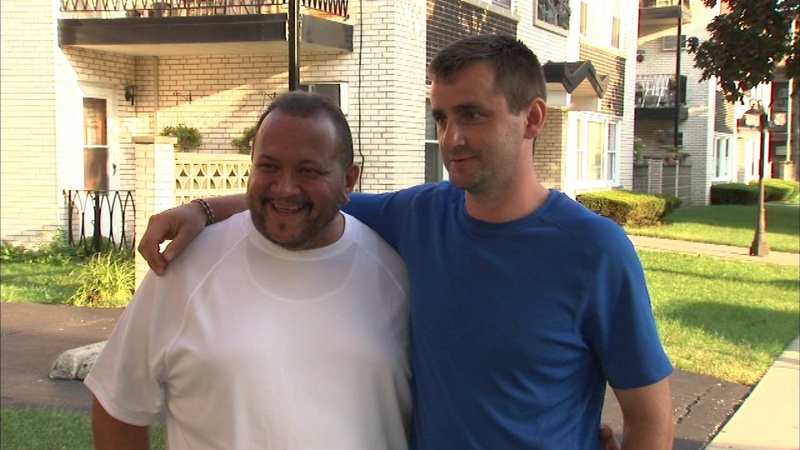 CHICAGO -- A Chicago Uber driver has karma on his side after he reunited a passenger with something very precious.

Jose Figueroa was summoned Monday morning to Terminal 5 at O'Hare International Airport to pick up a man who had just emigrated from Ukraine.

Itskaniuk Volodymyr spoke very little English. But from what Figueroa could tell, it appeared the man was staying with his sister in west suburban River Grove.

Later, he realized Volodymyr left his wallet behind, which had $3,000 inside. That's when Figueroa remembered Volodymyr said he had sold his business and that cash was all he had.

"I mean there was temptation. I'll be honest with you. But me being a Christian, I couldn't. I wanted to make sure I sleep good, so that's what I did. I returned the money and the wallet," Figueroa said.

He drove back to the apartment building where he dropped off Volodymyr and started to ring each unit above. On his fourth try, he found Volodymyr and his family.

"When I entered the apartment, they were just having dinner. She was very happy. She hugged me, she started crying and she sat me down to have dinner with them," Figueroa said.

Figueroa said doing the right thing isn't always easy, especially when there are bills and debts to pay.

Volodymyr couldn't really comment - in English, anyway. But he did say this:

"I happy. Driver is the best," Volodymyr said.

Figueroa was rewarded for his honesty. Volodymyr insisted he take $100.