KGO
By by Melanie Woodrow
BERKELEY, Calif. (KGO) -- An architecture professor at UC Berkeley is being investigated for claims of sexual harassment and the PhD candidate who made the complaint is speaking out.

The professor at the center of all of this sent graduate students an email in which he categorically denies the allegations. He writes in part: I believe the campus' current hyper climate has encouraged the filing of exaggerated complaints.

Berkeley officials say there was a meeting Tuesday afternoon and decisions have been made in support of student's needs and interests and that those decisions will be conveyed to students in the coming days.

Dozens of UC Berkeley students are calling for change to support PhD candidate Eva Hagberg Fisher who says her advisor, professor Nezar Alsayyad harassed her from 2010 to 2014. "I feel everybody that is standing with me is standing with the issue that is bigger than me," aid Hagberg Fisher, "And I feel so protected and valued."

Hagberg Fisher says from 2010 to 2014 her adviser Professor Nezar Alsayyad sexually harassed her."What happened to me was four years of escalating isolation, intimidation, as the report showed a hostile work environment which then turned into sexual harassment," she continued.

An investigative report by UC Berkeley officials found most of Hagberg Fisher's claims were sustained. "I feel validated," she said.

"Professor Alsayyad strongly denies he was involved in any sexual harassment, he is concerned that people are rushing to judgment based on the release of a report that was supposedly confidential," educator's attorney said.

An emailed statement from UC Berkeley says: While Professor AlSayyad is not scheduled to teach next semester, the University does not pre-judge any ongoing process or impose punitive sanctions prior to completion of applicable procedures.

"We want his immediate suspension from teaching while the investigation is ongoing," said Malena Leon, a graduate assembly delegate at Berkeley. "And if he's found guilty we want his tenure to be removed."

"There was a big campus effort last year to address sexual harassment on campus and this is something that is an ongoing problem," said Berkeley Planning Students Association President Bo Chung.

Professor Alsayyad's attorney says he will have a hearing.

"This has felt like the most important work of my life," Hagberg Fisher said.

Hagberg Fisher says she hopes this work will change the way female students are treated.

While we do not comment on individual cases, the University condemns acts of sexual harassment and violence, and believes there must be serious consequences when rules and policies are violated. UC Berkeley leaders, staff, and students are dedicated to strengthening our efforts to create a community in which sexual harassment and sexual violence are not tolerated. The effort by campus leaders has included providing more resources to support front-line services such as investigations, advocacy, and counseling; strengthening our prevention and education efforts, as well as creating a special committee to review our overall handling of sexual harassment and sexual violence matters. See more here: sexualassault.berkeley.edu

We remain committed to supporting the needs of all of who are survivors of sexual harassment and/or assault. To advance that commitment we have dedicated new resources to their needs, including the hiring of two, new Confidential Care Advocates for survivors.

And, again, while we don't comment on individual cases, under the Berkeley faculty discipline procedures, investigative findings that a faculty member is more likely than not to have violated the faculty code of conduct are referred to the Vice Provost for the Faculty, who then appoints Faculty Investigators. The role of Faculty Investigators is to determine whether there is probable cause to believe there has been a violation of the Faculty Code of Conduct that might justify discipline. If the Faculty Investigators do make a probable cause determination the usual next step is referral to the faculty's Committee on Privilege and Tenure, which will consider the matter and may issue findings and recommend sanctions to the Chancellor.

Among the possible sanctions that can be recommended is termination (note, though, that a recommendation of termination must then go to the Regents, who alone have the power to remove tenure). In addition, the campus evaluates these matters on a case-by-case basis and does not hesitate to take necessary interim measures in individual cases designed to address the specific concerns connected with each case.
While Professor AlSayyad is not scheduled to teach next semester, the University does not pre-judge any ongoing process or impose punitive sanctions prior to completion of applicable procedures. The University may, however, take steps to avoid the possibility of class disruptions.

Letter from the dean of the College of Environmental Design, Jennifer Wolch:

To the CED Community: The College of Environmental Design is deeply committed to the welfare of our students, as well as to the well-being of staff and faculty. Over the course of the past day, many members of our community expressed anger and frustration about the article published in Sunday's San Francisco Chronicle. Students especially feel fearful, unsafe, and vulnerable, and also uncertain about the impact of the situation on their courses, programs, and careers.

Such sentiments underscore the fact that as a community, our college is in the midst of a challenging moment. During such periods, when emotions run high, it is particularly vital that we adhere to the campus process for dealing with any case involving a complaint of sexual harassment or sexual violence. This process is explicitly designed to protect the complainant, any individual who has been accused of misconduct, and the campus community at large.

I want to affirm, in the strongest possible way, CED's values of equity and fairness, our dedication to providing a safe and nurturing learning and work environment, and our obligation to treat one another with mutual respect, care, and consideration. Such commitments are the foundation of our community, and we must embrace them and embody them in our everyday interactions and practices. Sexual harassment and sexual violence, and any other forms of discrimination or violence, are completely unacceptable and will not be tolerated.

If any in our community feel they would benefit from support or counseling, there are resources on campus that may be of service. The UC Berkeley PATH to Care Center offers confidential support and access to other resources (http://sa.berkeley.edu/dean/confidential-care-advocate; see also attached information sheet). In addition, you should feel free to contact Dr. Amy Honigman, our CED/Tang Center Psychologist, who can offer counseling services and advice about other campus resources.

I will be working with chairs, equity advisors, faculty and staff to take measures to insure the welfare of students, particularly those most directly impacted by the current situation. I also encourage students to reach out to me, your department chairs and equity advisors, and your graduate and undergraduate program directors for help and guidance. Without exception, we are willing to meet with you and are dedicated to supporting you.

Email from Professor Zlsayyad to his students:

To my CP200 Students: A vicious and defamatory article appeared in the San Francisco Chronicle about me that refers to an on going investigation which has not been completed by the university. As a successful faculty member in CED for three decades and a recipient of the Distinguished Teaching Award, the highest honor the University bestows on any of its faculty, one can sometimes be subject to retaliation by a disgruntled student or a colleague. You all know me well enough o know my character, but I want to emphasize that I categorically deny both the allegations and the suggestion that I violated the faculty code of conduct. I believe the campus' current hyper climate has encouraged the filing of exaggerated complaints of which I am now a victim as time will ultimately tell. As a colleague, I simply ask all of you to refrain from passing judgment until the painfully slow university process is complete. I am confident I will be vindicated.

Statement from the Department of City and Regional Planning Graduate Assembly:

Dear all,
As representatives of the graduate students within the Department of City and Regional Planning, we have been asked to share this statement regarding the recent revelations on the Investigation of Professor Al Sayyad with appropriate members of the university administration and faculty.

This afternoon academic leadership from the central campus and the College of Environmental Design (CED) met to discuss what might be necessary to protect students' welfare. While decisions were made to take action in support of students' needs and interests, the dean and relevant department chairs believe it is very important that CED students and other members of the college community learn about next steps directly from them. We expect this information to be conveyed in the coming days.
Related topics:
uc berkeleyberkeleysexharassmentuc berkeleysexual harassmentsexual assaultinvestigationstudentsinvestigations
Copyright © 2021 KGO-TV. All Rights Reserved.
RELATED
Cal students to protest against professor accused of harassment 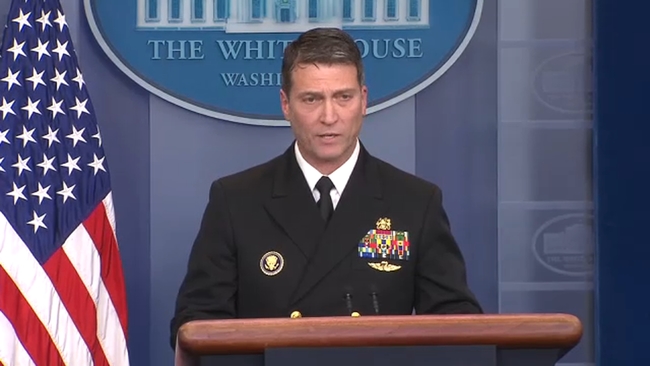