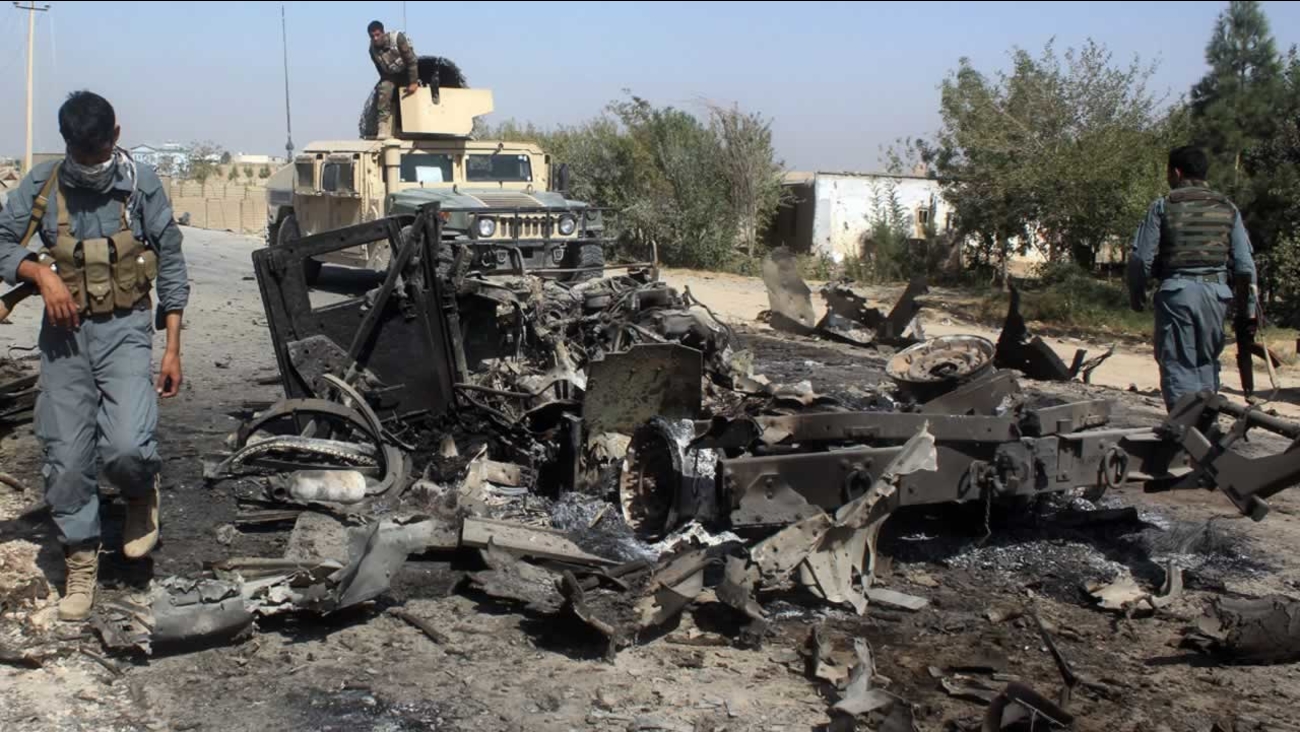 KUNDUZ, Afghanistan -- International charity Doctors Without Borders says that nine local staffers were killed when its clinic came under "sustained bombing" as government and international forces continue to battle Taliban fighters in the northern city of Kunduz.

Doctors Without Borders has announced that the total death toll from the bombing of the group's Kunduz hospital compound has risen to 16, including 3 children killed.

The organization says all indications suggest their Kunduz hospital was bombed by U.S.-NATO forces. In a statement the group demands a "full and transparent account" of coalition aerial bombardments over Kunduz. It also calls for "an independent investigation of the attack to ensure maximum transparency and accountability."

The statement says that from 2:08 a.m. to 3:15 a.m. Saturday morning, the hospital was hit by bombs at 15-minute intervals. It quotes Kunduz-based doctor Heman Nagarathnam saying the planes repeatedly circled overhead during that time.

"There was a pause, and then more bombs hit. This happened again and again. When I made it out from the office, the main hospital building was engulfed in flames," Nagarathnam said according to the MSF statement. Those people that could had moved quickly to the building's two bunkers to seek safety. But patients who were unable to escape burned to death as they lay in their beds."

U.S. Secretary of Defense Ash Carter has offered condolences on the "tragic incident" at the Kunduz hospital compound and promised an investigation.

"While we are still trying to determine exactly what happened, I want to extend my thoughts and prayers to everyone affected. A full investigation into the tragic incident is underway in coordination with the Afghan government," Carter said in a statement, noting that U.S. forces were "operating nearby" in support of Afghan security forces battling the Taliban.

"At this difficult moment, we will continue to work with our Afghan partners to try and end the ongoing violence in and around Kunduz," Carter said.

The U.N. human rights chief is calling the airstrike that hit a clinic in Kunduz "tragic, inexcusable, and possibly even criminal."

Zeid Ra'ad Al Hussein issued the statement Saturday and urged a swift and transparent investigation of the "deeply shocking event."

"International and Afghan military planners have an obligation to respect and protect civilians at all times, and medical facilities and personnel are the object of a special protection," Zeid's statement says. "These obligations apply no matter whose air force is involved, and irrespective of the location."

He adds, "if established as deliberate in a court of law, an airstrike on a hospital may amount to a war crime."

NATO's Resolute Support mission in Kabul says it has no knowledge of an apology over the bombing of the Doctors Without Borders compound in the Afghan city of Kunduz. President Ashraf Ghani's office had issued a statement saying that the commander of NATO's Resolute Support Mission had apologized to Ghani over the hospital attack.
Related topics:
bombingtalibanhospitalchild killedu.s. & worlddoctorsafghanistan
Copyright © 2021 by The Associated Press. All Rights Reserved.
More Videos
From CNN Newsource affiliates
TOP STORIES