KGO
By Wayne Freedman
VALLEJO, Calif. (KGO) -- In Vallejo, more and more people with lost dogs are wondering if their pets were among the animals found in a mass grave.

The remains of what some people are calling a mass murder still lie just off the roadway in the bushes.

"We found bags filled with all types of breeds, sizes and colors. Dogs that were dead," Vallejo resident CC Peters said.

Nearby were the tools that someone may have used to kill them.

Peters found the dogs in February and began talking about them on social media just recently. Now they have gone viral among local dog owners with missing pets.

Pet owners are concerned because they don't know who is doing this and why. They're also concerned that it may escalate.

On Friday, Animal Control officers went to the scene and pulled more evidence but it's a long shot that they're going to find any clues but they're hopeful.

Among them is Jami Bishari, who saw ABC7 News' report on Wednesday night. "I instantly started crying. She was the most human-like, loyal dog I had ever met in my life " she said.

Her 6-year-old Chihuahua mix named TT has been missing since July 4. Bishari has a bad feeling. "I feel like I need closure," she said.

Critics disagree. "I don't understand it. Not with the tools out here and everything," Solano County Center for Animal Abuse's Cindy Shay said.

But the delay between this discovery last February and the first visit by Solano County Animal Control did make a difference.

When Peters found the dead dogs, she called the private number of an off-duty officer, hence the long delay that kept officers from the scene for six weeks.

They want answers. Was their dog among those dumped in plastic bags? #abc7now pic.twitter.com/9dOPU2fuZ6

"In this case, had we got the call when she first reached out to us in February, the scene would have been better preserved and we would have been able to collect far more evidence," Solano County Sheriff's Office spokesperson Christine Castillo said.

Since then, Vallejo police have looked around. Despite finding those garden tools with what appears to be dried blood and dog fur, the department says it found no evidence of felony animal abuse. Animal rescue groups feel differently.

But without chips or collars, it's impossible to identify the dogs now.

For Bishari and so many others, they must move on with good memories and the pain of never knowing. And questions. "You might want to say this isn't a murder, but what is this person going to do a year from now or two years from now when dogs aren't enough," she said.

In the event of an animal emergency, residents should contact the direct Animal Control line 24 hours per day at (707) 645-7906. They also may contact 9-1-1 if no response is received.

The public may contact Animal Control with information about this case. 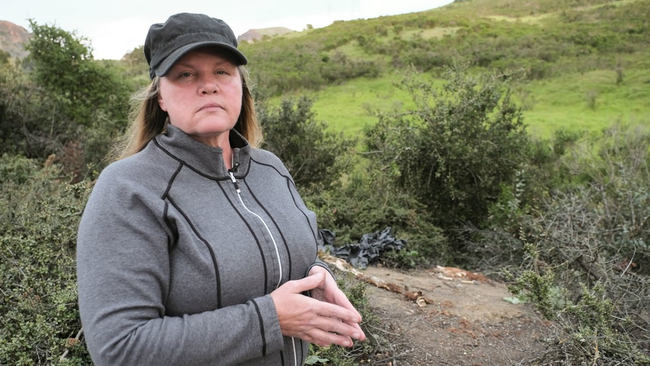