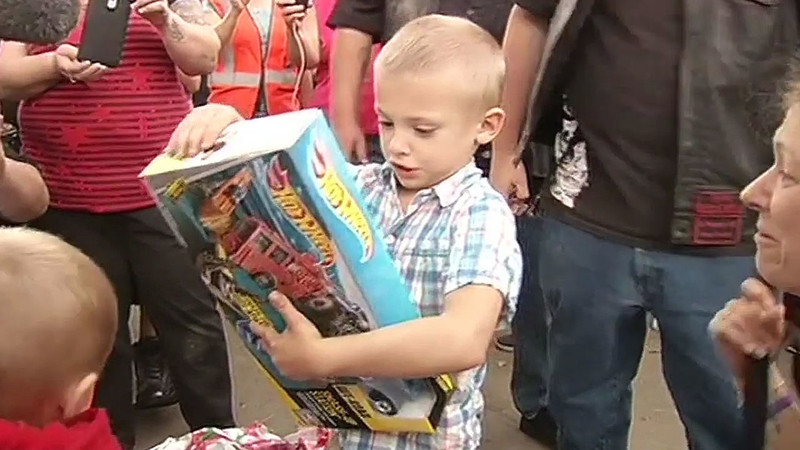 LAKE COUNTY, Calif. (KGO) -- The explosive Valley Fire that tore through three Northern California counties has taken the lives of three people. The bodies of two men were found Wednesday by search teams that included cadaver dogs. One person is still reported missing.

The fire, which started Saturday afternoon, grew more overnight. So far it's scorched nearly 74,000 acres and is now 35 percent contained. The number of homes lost totals 585 and nearly 8,000 structures are still threatened.

There are 1,000 people camped out at the Valley Fire evacuation center in Calistoga and almost everybody is in the same boat. They've been traumatized, they're not sure if their home is still standing and they're struggling to maintain their morale.

Safety is the main reason behind the wait. PG&E says it still has more than 400 utility poles to replace and miles of wire to re-string.

It hasn't been easy at the shelter but Thursday night there was a moment of collective joy when 5-year-old George Cline got a birthday surprise. Community members heard he was a Monster Truck fan, so he got a ride on a mini Monster Truck and got tickets to a real Monster Truck rally.

There were people who didn't even know George, but they were eager to gather around and cheer for the boy, simply because they needed something to celebrate.

Deputies say the men clearly didn't know their way around Hidden Valley Lake when they were stopped. Inside their vehicle, investigators say they found a loaded weapon, masks, gloves, duct tape, and other tools.

Lake County Sheriff Brian Martin said, "If I catch you looting, you ought to be ashamed of yourself and I'm going to help you. I'm publishing the names of the people."

VIDEO: 7 On Your Side: Valley Fire survivors need help with phones, insurance 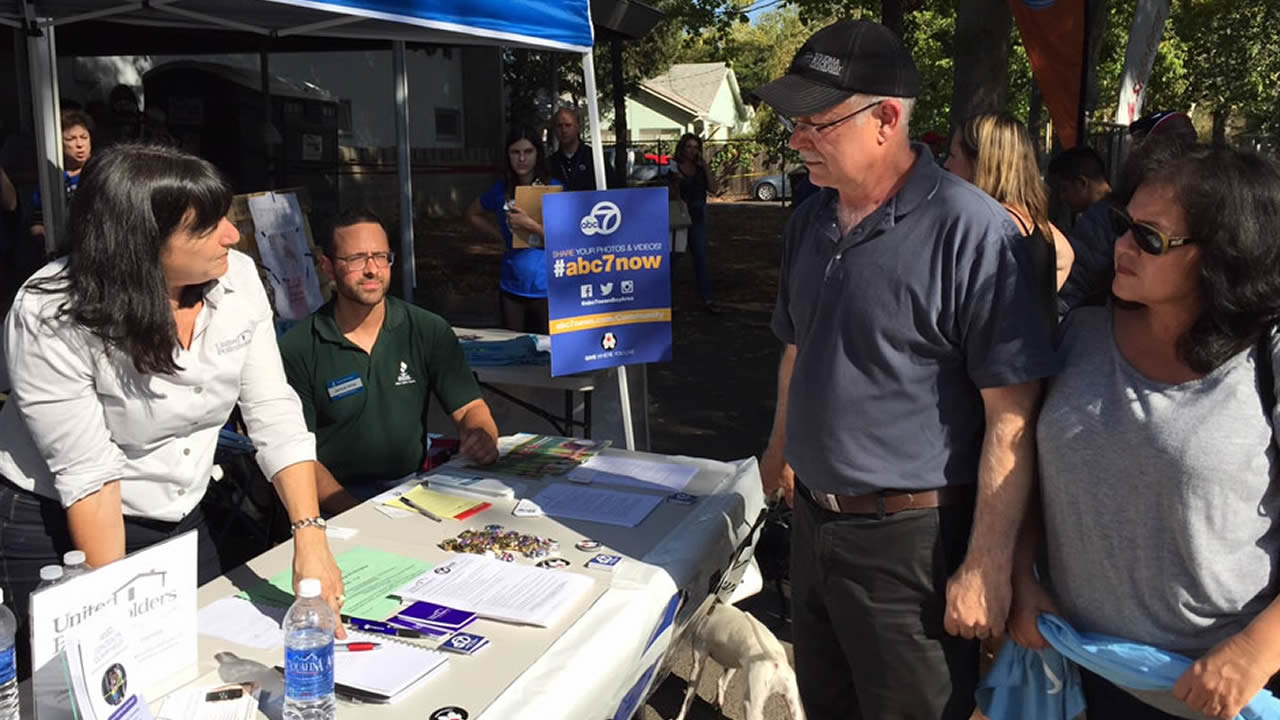