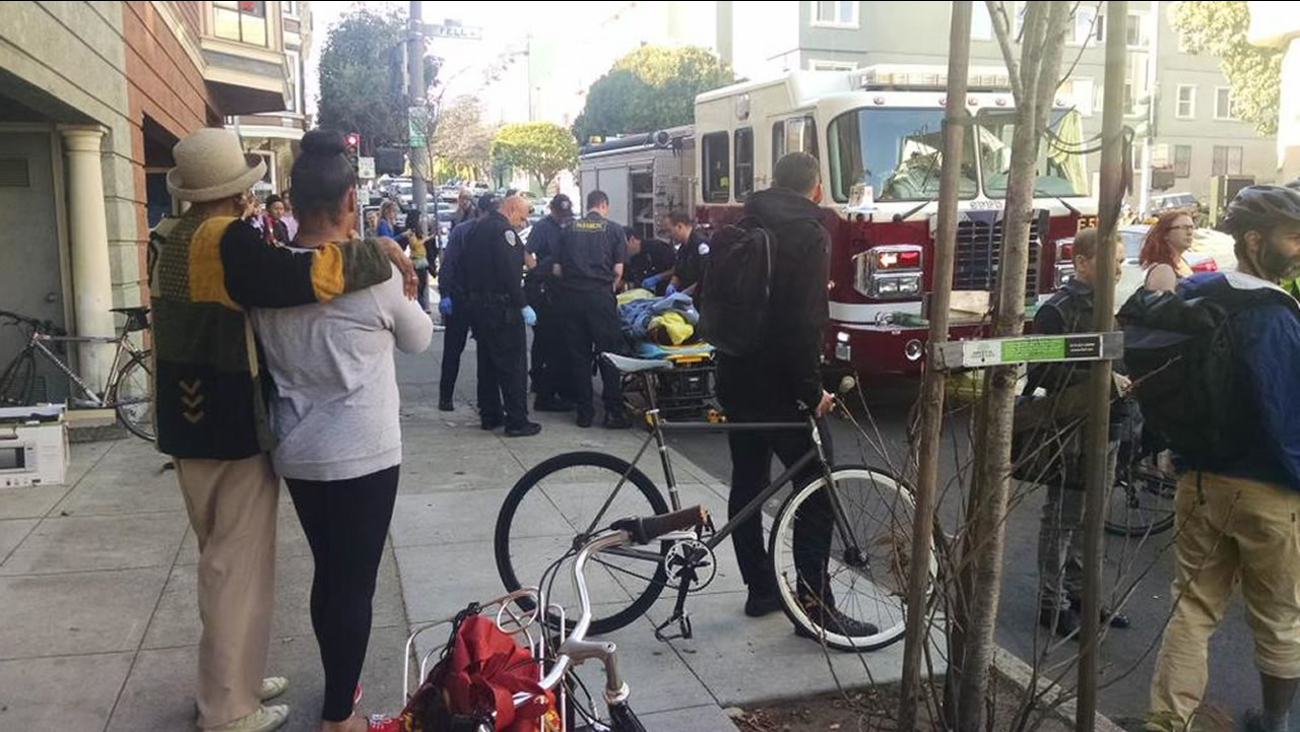 San Francisco police are searching for a woman who was seen driving a Jeep Cherokee that struck three bicyclists near Alamo Square April 2, 2015. (@AdamSinger via Twitter)

SAN FRANCISCO -- San Francisco police are searching for a woman who was seen driving a Jeep Cherokee that struck three bicyclists near Alamo Square Thursday evening while fleeing a traffic collision.

The woman was driving a black Jeep Cherokee west on Fell Street just east of Scott Street around 5:40 p.m. when she rear-ended a westbound Mini Cooper, according to Sgt. Michael Andraychak.

The driver fled the scene of that collision, turning south on Scott Street toward Oak Street, but turned into the northbound lane.

The Jeep struck three bicyclists on Scott Street, one of whom was ejected and thrown at least 20 feet, Andraychak said.

The other two were treated at the scene by paramedics.

The Jeep's driver then crossed back into the southbound lane and struck a parked Toyota Corolla, which was forced into the garage door of a building in the 400 block of Scott Street.

The suspect vehicle fled the scene, and has since been located in South San Francisco, Andraychak said.