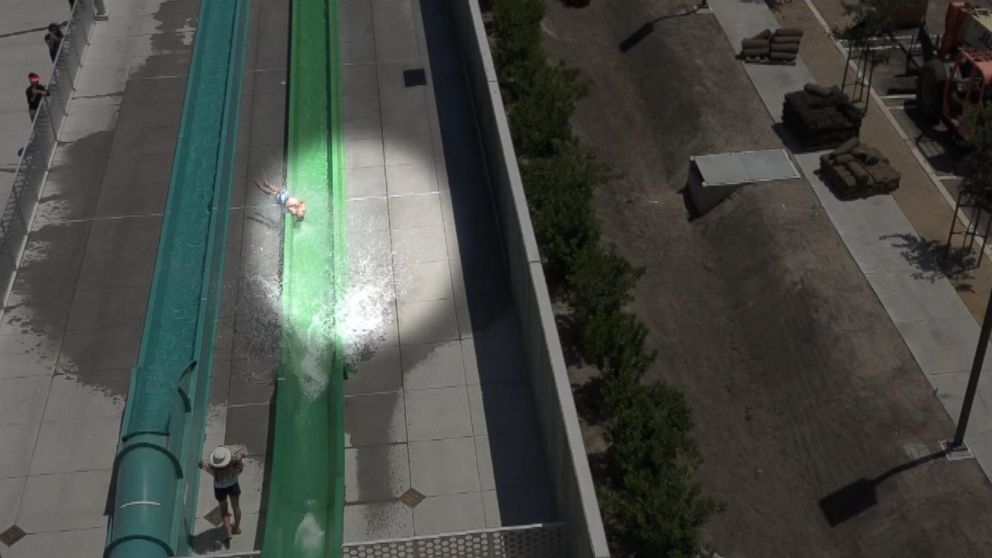 Terrifying video captures the moment a young boy flew off of a brand new waterslide at a water park in California.

The incident took place on Saturday, which was the opening day of the new park called The Wave at Emerald Glen Park, which is owned by the city of Dublin, California.

The boy was reportedly hospitalized, but released the same day with minor injuries. His family declined ABC News' request for comment.

"Obviously that's not what you want to have happen on your first day," Linda Smith, the assistant city manager for the City of Dublin told ABC station KGO-TV in San Francisco. "But we want everyone who comes to this park to have a safe and fun experience and that's our primary goal."

Smith told KGO-TV that she witnessed the boy fall off the slide and onto the concrete, describing his response as, "he seemed to be shook, but seemed to be OK." Smith adds that he was able to get up and walk to the first aid room to get checked out.

Smith said they are closing down three of the park's waterslides pending further inspection, but they do not have "an exact reason" for what made the boy fly off the slide.

"We take safety very seriously and we are going to make sure that before we re-open those slides that they are safe for use," Smith said.

"Our thoughts are with the family that had this experience," she added. "We are going to do everything we can to make sure that doesn't happen again."