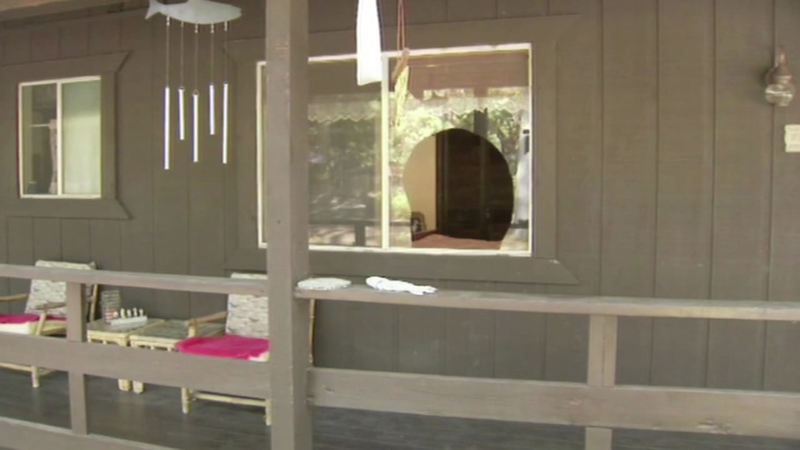 MADERA COUNTY, Calif. -- Families forced out of their homes due to the Willow Fire returned to even more problems after burglars broke in to a row of houses.

Home owners say sometime over the last few days thieves stole thousands of dollars of stuff from their homes while the area was under mandatory evacuations.

The Madera County Sheriff's Office said five families have reported looters breaking into their homes but as more people return to Cascadel Woods, neighbors tell us that number could get higher.

The lifting of evacuation orders is a sign for neighbors, that the Willow Fire is flaming out. But coming back to looted houses wasn't the welcome home these people were expecting.

Dan Norton's house was one of the few that didn't get hit. But he was the first to find his neighbor's house was ransacked by thieves late Sunday night.

"We walk down there on the porch and we see the broken window and the split screen and the window they went in there," said Dan Norton of Cascadel Woods.

Up the street the Kern's lost ammo, knives, jewelry, game consoles and a lot of liquor.

"They actually took suitcases and filled them with our things and then left," said Ashley Kern of Cascadel Woods.

While other neighbors were cleaning up shattered glass, the Kern's are now protecting their doggy door, where they believe a suspect crawled in. People said they want to point fingers but they don't know at who.

All other evacuations orders are will be lifted by 10am on Tuesday. But deputies say there will still be a heavy presence of law enforcement as the fire continues to burn.

"We did everything that we're supposed to do, to leave this fire and then we come home to this." said Norton.