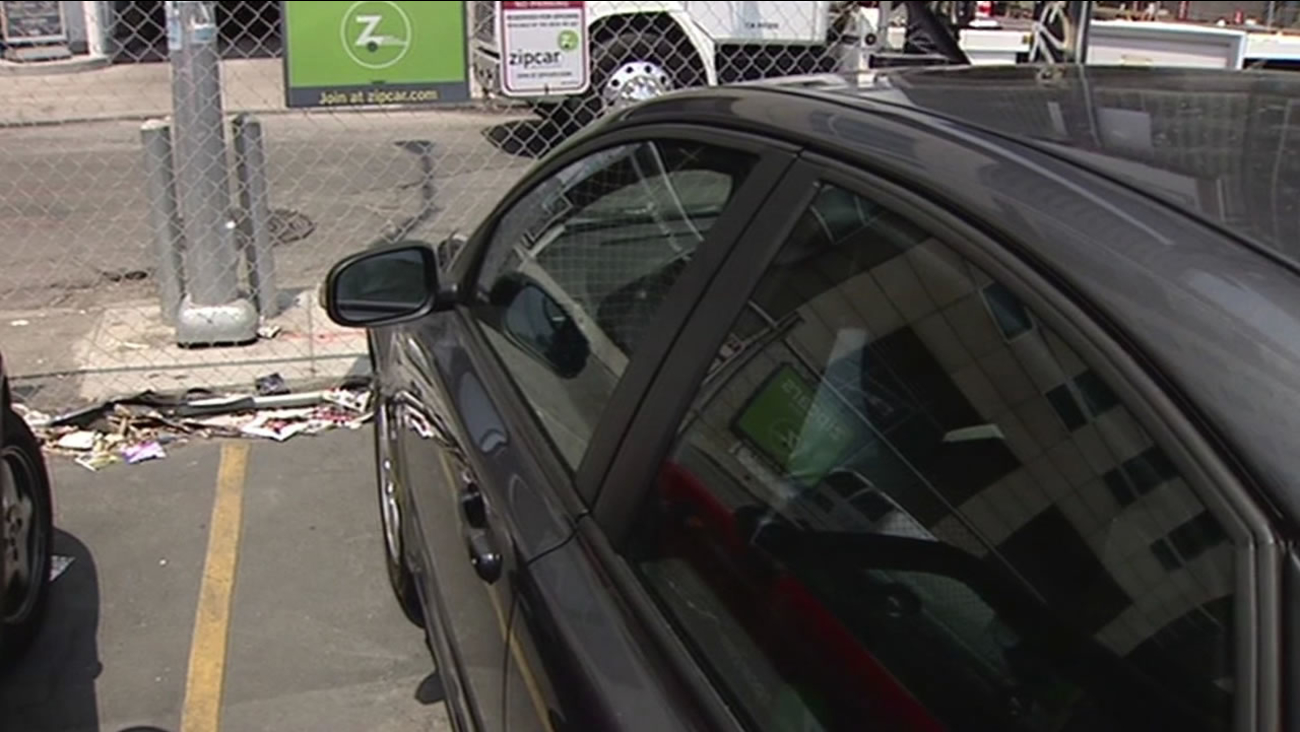 A Zipcar is parked in a San Francisco parking lot. (KGO-TV)

But city prosecutors are now building a case against a woman they believe is responsible for the thefts, which declined dramatically when she was incarcerated, the San Francisco Chronicle reports.

Zipcar is a short-term car rental service owned by Avis Budget Group. It keeps scores of cars posted around the city in lots and special parking spaces.

Authorities said they found access cards for nine Zipcar vehicles when they searched Dipo's house, along with eight devices used to override the ignition system and soldering tools.

A judge released Dipo on her own recognizance on April 17, and authorities said she was discovered getting into a Zipcar in front of her house the next day.

Investigators charged Dipo with stealing that vehicle and another, bringing her to seven counts.

Prosecutors say Zipcar thefts fell off dramatically while Dipo was in custody. Between March 1 and her mid-April arrest, 76 were stolen, they said. Between April 12 and March 15, only three disappeared.

Dipo has pleaded not guilty and is due back in court June 4. Her lawyer could not be reached for comment.
Related topics:
san franciscoauto theftcrimetheftarrest
Copyright 2020 by Bay City News, Inc. Republication, re-transmission or reuse without the express written consent of Bay City News, Inc. Is prohibited.
More Videos
From CNN Newsource affiliates
TOP STORIES