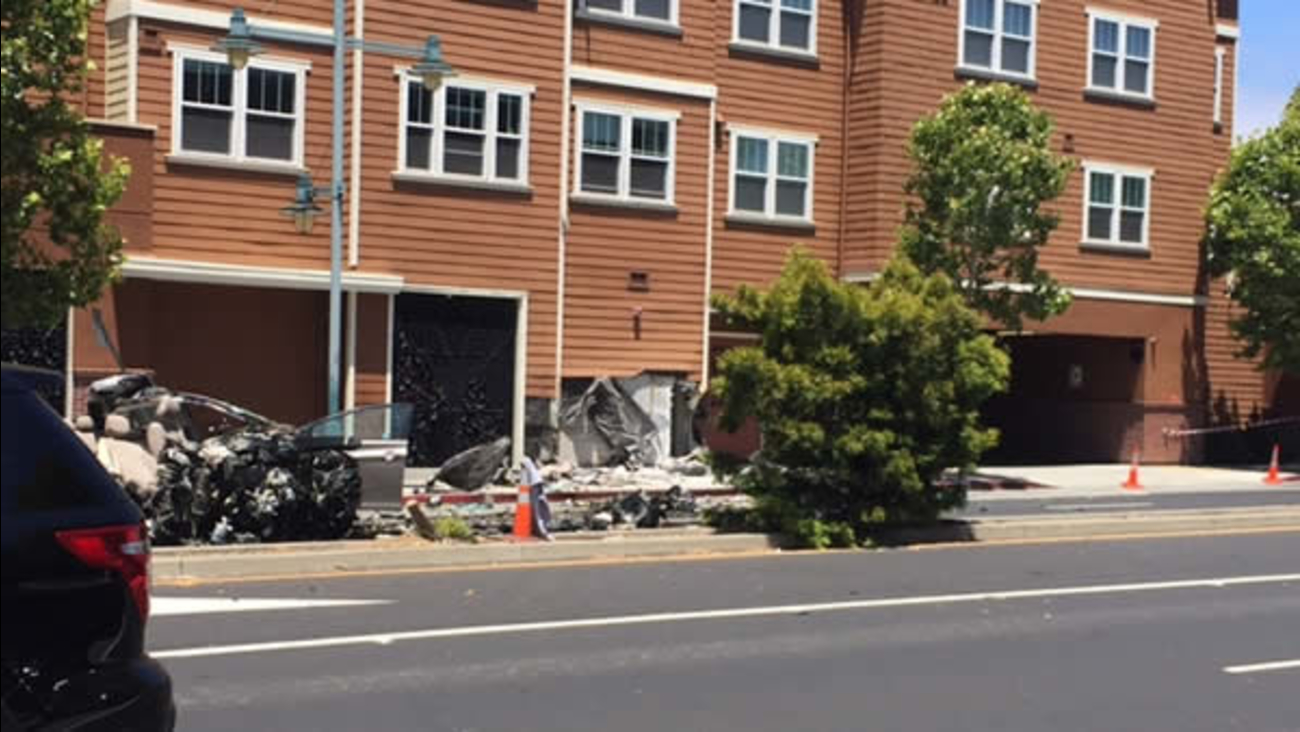 Police are investigating a fatal accident that occurred on 40th Street and San Pablo Avenue in Emeryville on Saturday, June 6, 2015. (KGO-TV)

EMERYVILLE, Calif. -- Police say a woman who crashed her car into an apartment building in Emeryville Saturday morning died from injuries suffered in the crash.

Officers responded at 9:16 a.m. to a report of a crash near the intersection of 40th and Adeline streets, Emeryville police Officer Brian Head said.

Head said a 60-year-old woman was driving a 2014 Hyundai west on 40th Street when the car veered into an apartment building.

The car sustained major damage and the woman died at the scene, Head said.

No one else was injured, he said.

The building sustained minor damage to the faade and some structural damage, according to Head.

Although Head said the damage appeared minimal, public works and a building inspector were called to assess the structural integrity of the building.

Officers are investigating why the woman veered off the roadway and Head said detectives are awaiting toxicology and medical examiner's reports from the Alameda County coroner's bureau.

Emeryville police received reports that the same car may have been responsible for a vehicle collision moments earlier on 40th Street in Oakland, Head said.

Oakland police are investigating the collision, he said.