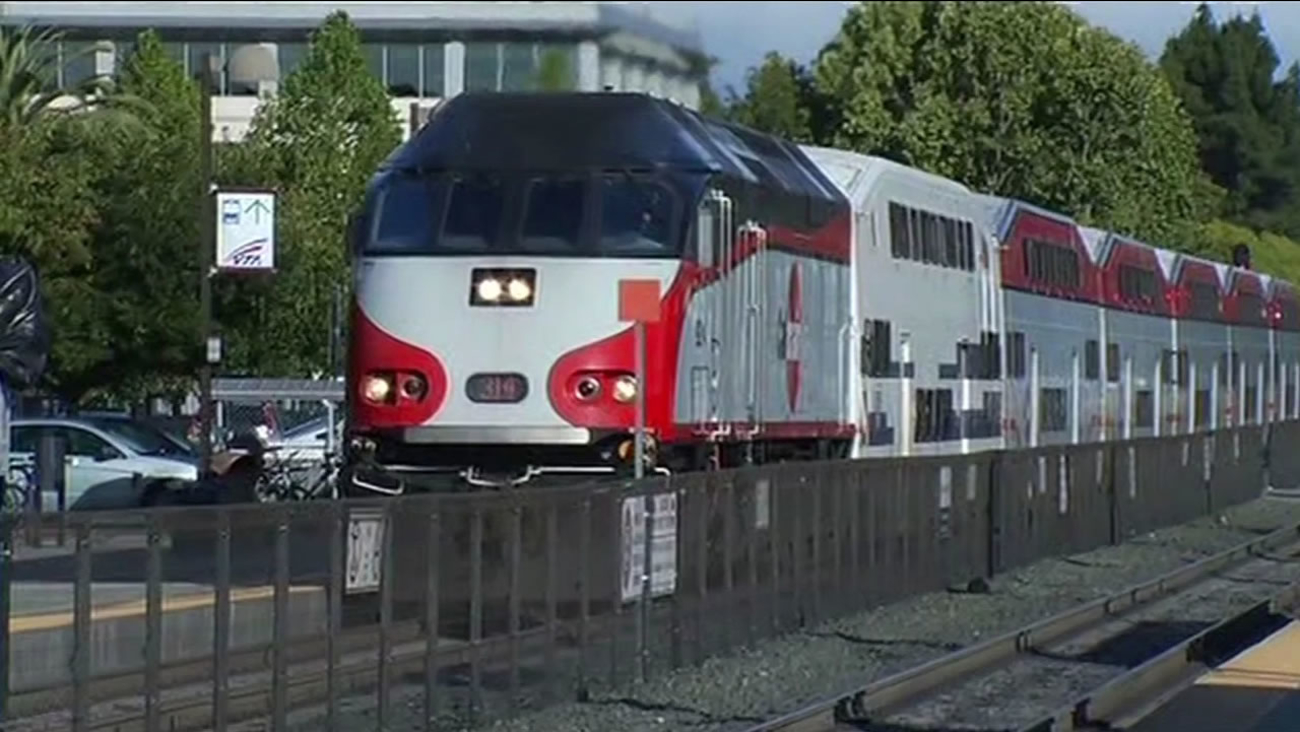 SANTA CLARA, Calif. -- A woman was struck and killed by a northbound Caltrain in Santa Clara Saturday morning, a transit agency spokeswoman said.

Caltrain No. 423 was stopped at the Santa Clara station at 1001 Railroad Ave. due to an emergency, Caltrain officials posted on Twitter at 8:19 a.m.

Emergency crews responded to the scene and determined the incident was a collision between the train and a female pedestrian who died, Caltrain spokeswoman Jayme Ackemann said.

It appeared the woman placed herself in the train's path prior to the collision, Ackemann said.

The northbound train was carrying 125 passengers, who boarded off and transferred to the southbound platform where northbound Caltrain No. 425 was scheduled to pick them up, she said.

Two of the station's three tracks, have been cleared for trains running at restricted speeds, Ackemann said.

One of the two tracks opened is for trains heading south, according to Ackemann.

Service has been canceled on the train involved in the collision and other trains are arriving on time, Caltrain officials said.