KGO
By David Louie
WOODSIDE, Calif. (KGO) -- A warning is circulating around the Peninsula town of Woodside of two mountain lion sightings - the most recent sighting on Thursday morning.

"I saw this big face, and my immediate reaction was, I'd better make sure that door's locked," said Jeanette Anderson, who was just starting her day as an executive assistant in Woodside.

The face that she saw belonged to a young mountain lion. It was alone and it paced calmly on the patio. They were separated by glass doors.

"It just seemed like it was curious. It was very strange. It didn't seem scared at all, which kind of scared me. I'm like, are they supposed to be scared of you?" said Jeanette Anderson.

The area is heavily wooded. Homes are widely separated by acres of natural growth. Ms. Anderson said the lion appeared to be a cub. The San Mateo County Sheriff's Office said a mother lion with two cubs were spotted on Sunday in the same area.

Deputies arriving at the scene six minutes later saw only the lion's tail and hindquarter as it disappeared back into the woods.

The sheriff's office says Anderson did everything correctly for her own safety.

Mountain lions are protected mammals in California. UC Santa Cruz researchers say attacks on humans are rare. And residents of Woodside already seem cognizant of advice from the California Department of Fish and Wildlife.

"Instead of going on a walk by myself, make sure I walk with someone else - make sure my kids are not alone," said Maureen Murphy, a Woodside resident.

"I think they're probably more afraid of human than we think they are, and I'm sure that they will keep their distance if we keep our distance from them, unless we go to a den or something," explained Ned Whitman, also a Woodside resident.

Woodside is popular for cycling as well as for hiking.

Residents should avoid approaching a mountain lion, especially if it is feeding or has offspring with it, though most lions avoid confrontation, sheriff's officials said.

Residents that do encounter one should face it, make noise, try to look bigger by waving their hands and throw rocks or other objects. Residents should also keep a close watch on small children, according to the sheriff's office. 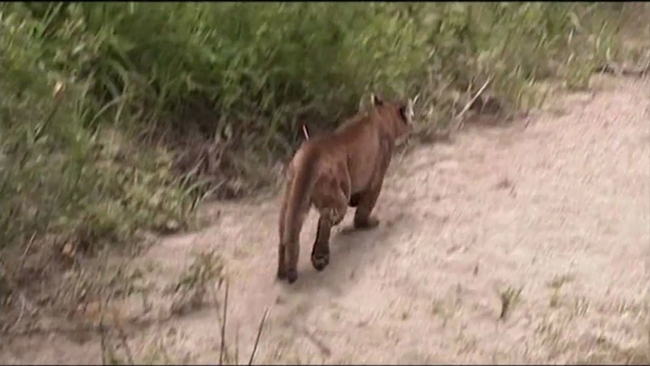 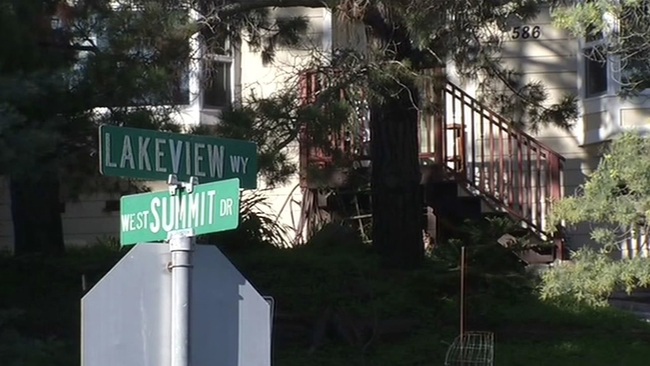