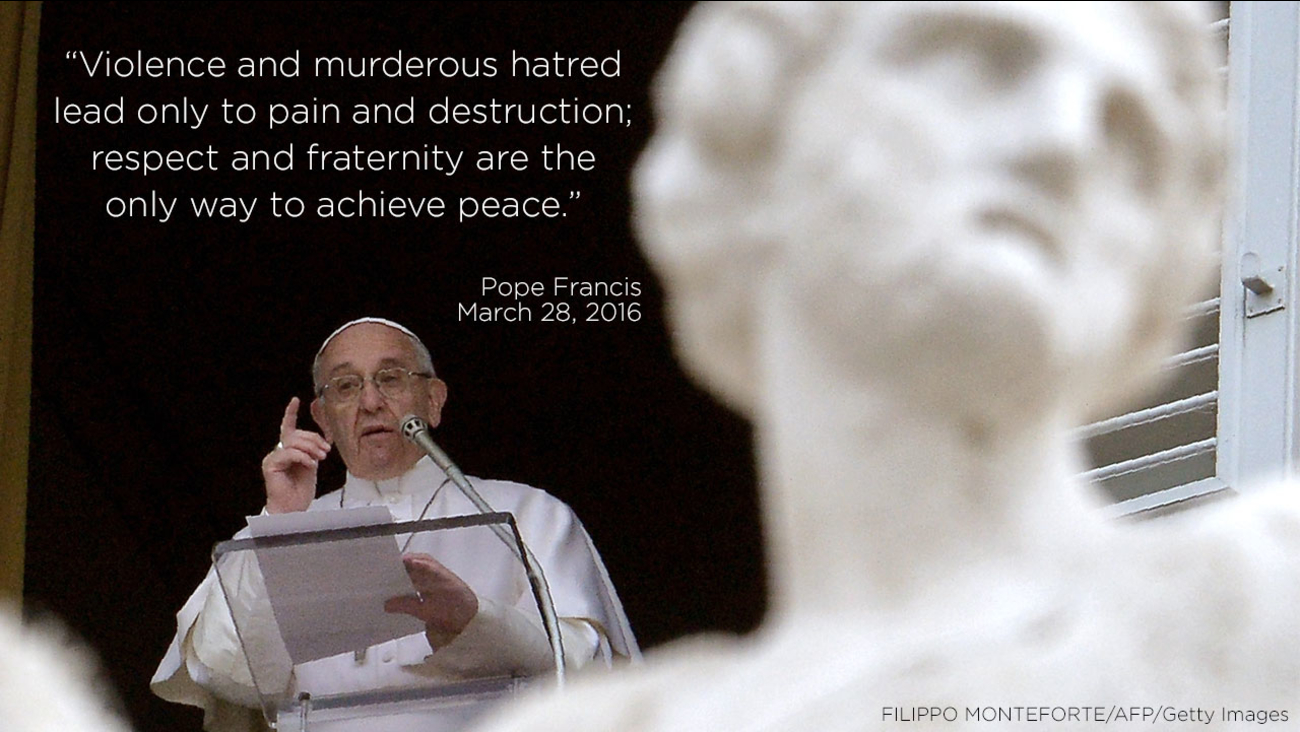 Pope Francis addresses the congregation from his study overlooking St. Peter's Square at the Vatican on March 28, 2016. (FILIPPO MONTEFORTE/AFP/Getty Images)

A suicide bomber attacked a park in Lahore, Pakistan, where people were celebrating Easter Sunday, killing at least 70 and injuring more than 300, according to the Associated Press. Many of the dead at the Gulshan-e-Iqbal park were children.

A spokesman for the Jamaat-ul-Ahrar terror group said that the attack was meant to target Christians and warned of more attacks to come.

Pope Francis spoke out against the attacks Monday from St. Peter's Square, calling them vile and abominable. He urged Pakistan's leaders to restore peace, especially for religious minorities.

"I repeat, once again, that violence and murderous hatred lead only to pain and destruction; respect and fraternity are the only way to achieve peace," he said, according to Vatican Radio.

Other world leaders expressed their condolences and spoke out against terrorism, as with the attacks in Brussels that killed more than 30 people last week.

The State Department condemned this latest attack "in the strongest terms."

Here's how world leaders reacted to the attack in Pakistan.

Another radical Islamic attack, this time in Pakistan, targeting Christian women & children. At least 67 dead,400 injured. I alone can solve

The evil that is radical Islamism struck in Pakistan today in a shocking display of savagery: https://t.co/IDjIGTVo8F

"Let us remember the victims ... as we gather strength and resolve to defeat all who threaten our values." pic.twitter.com/vGOoWzQfLH

We are grieving today for the families affected by the deplorable attack in Lahore. No one should ever fear taking their children to a park.

My prayers are with the victims of the horrific Easter Day attack in Lahore. Pakistan and all nations must confront & defeat terrorists. -H

World leaders
Nobel Peace Prize winner Malala Yousafzai, who survived after being shot by the Taliban in 2012, issued a statement following the attacks in her home country.

I'm shocked by the terrorist attack in Lahore. My thoughts are with the families and friends of the victims. We will do what we can to help.

Canada condemns the deplorable bombing in Lahore, Pakistan. Our thoughts and prayers are with all those killed or injured. #LahoreBlast

French President Francois Hollande tweeted in French that France stands in solidarity with the people of Pakistan in their time of sorrow.

Heard about the blast in Lahore. I strongly condemn it. My condolences to families of the deceased & prayers with the injured: PM 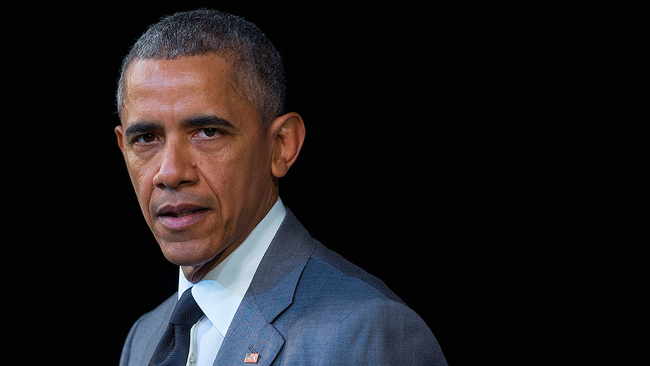