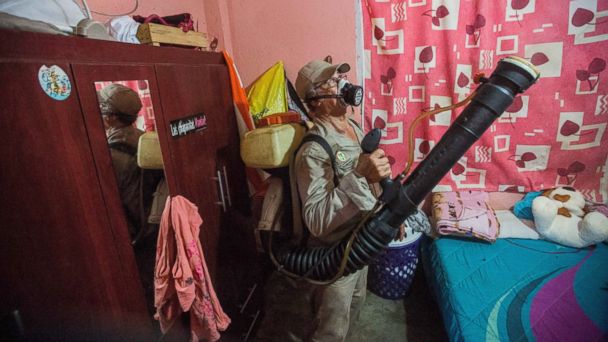 ABCNews
By GILLIAN MOHNEY
The U.S. Centers for Disease Control and Prevention's Emergency Operations Center has been moved to Level 1, the agency's highest level, due to the risk of Zika virus transmission in the U.S., officials said today.

The Level 1 activation is "reflecting the agency's assessment of the need for an accelerated preparedness to bring together experts to focus intently and work efficiently in anticipation of local Zika virus transmission by mosquitoes," the agency said in a statement.

The highest level activation means the CDC staff will work around the clock to combat a critical emergency. The three other Level 1 activations have been to combat Ebola, to combat H1N1 influenza in 2009, and after Hurricane Katrina.

The Zika virus has been spreading throughout the Americas and the World Health Organization has deemed it a "global health threat."

The operations center will be work on multiple fronts to stop the Zika virus, including developing different tests to diagnose Zika in people, conduct studies to understand if it's linked to the birth defect microcephaly and a rare paralysis syndrome called Guillain-Barre syndrome. Additionally, they will continue surveillance for the virus in the U.S. to identify an outbreak early on and to provide on the ground support in Puerto Rico, Brazil and Colombia.

Common symptoms of the Zika virus include fever, rash, joint pain and conjunctivitis, according to the CDC. Approximately one in five people infected with the virus show symptoms. The virus has also been associated with a rise of microcephaly birth defect cases in Brazil. The birth defect is characterized by a malformed or smaller head and brain and can result in serious developmental delays.

Guillain-Barre syndrome is an immunological reaction that can occur after viral or bacterial infections.