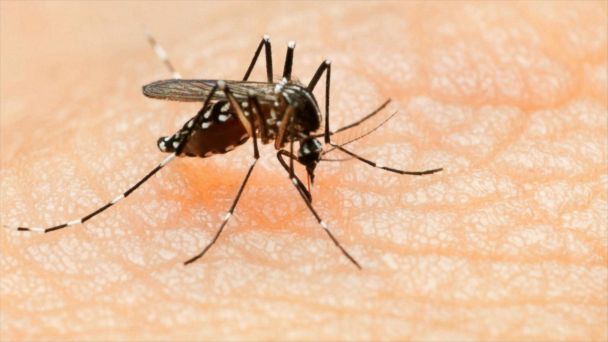 Health officials are now investigating if the mosquito-borne Zika virus is linked to a rare paralysis syndrome called Guillain-Barre.

The syndrome results when the immune system goes haywire and attacks the nervous system. It has been known to strike patients after they suffered from influenza or other viruses.

Health officials across the globe have been looking to stop the spread of the Zika virus after birth defects in Brazilian newborns were linked to the virus. The most common symptoms include fever, rash and pink eye that resolve in approximately a week, according to the U.S. Centers for Disease Control and Prevention.

According to the WHO report released Monday, in July 2015, Brazilian officials found that patients who recently infected with Zika also had neurological syndromes. Of the 42 people with Guillain-Barre syndrome, 26 had a history of symptoms that suggested a Zika virus infection.

The CDC also said that the syndrome has been reported in patients who have had the disease previously, and agency officials announced last week they are sending a team to Brazil to investigate the possible link.

As concerns over the virus' effects continues to grow, the CDC today expanded a travel advisory for pregnant women, advising them to reconsider travel to any country where the Zika virus is being transmitted from mosquito to person. The CDC added the following destinations to the Zika virus travel alerts today: Barbados, Bolivia, Ecuador, Guadeloupe, Saint Martin, Guyana, Cape Verde and Samoa.

Dr. William Schaffner, an infectious disease expert at Vanderbilt University Medical Center, said the possibility of an increase in Guillain-Barre syndrome is worrying because it can be extremely dangerous if it reaches the muscles in the diaphragm that control breathing.

"It has concerned us from the beginning. We knew when it was out in the Pacific when there were outbreaks of Guillain-Barre it was occurring at the same time," Schaffner said.

Schaffner said in the U.S. the syndrome can be treated with infusions of plasma to help recalibrate the immune system, but that people can be paralyzed for weeks before the syndrome recedes.

"You can remain paralyzed for weeks," Schaffner said. "You can get bedsores, complicated pneumonia -- you're subject to all of that for long periods of time."

In rare cases, people do not fully recover from the syndrome, he said.

In the U.S., the syndrome affects approximately 3,000 to 6,000 people every year, according to the CDC. The symptoms usually appear after a person has been sick with diarrhea, a respiratory illness or a certain kind of bacteria.