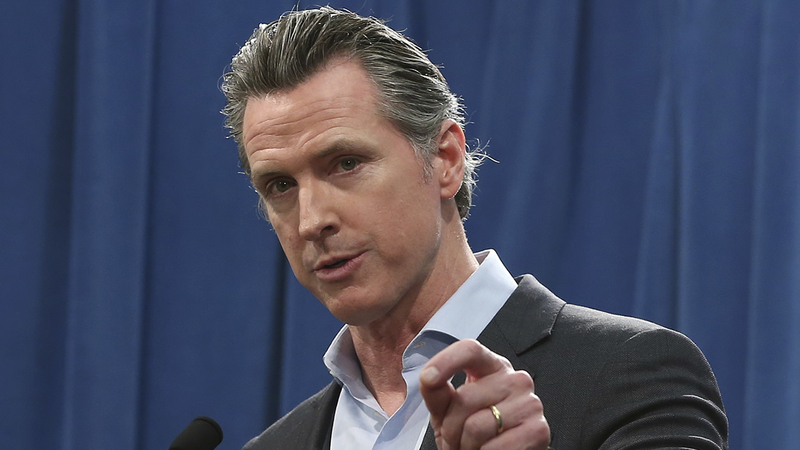 SACRAMENTO, Calif. (KGO) -- Governor Gavin Newsom on Saturday became the first California governor to travel to Central America. It comes on the heels of President Donald Trump visiting the U.S-Mexico border on Friday.

He's retreated from an idea to shut down the southern border, but is planning to increase the number of immigration officers processing Central American migrants.

Newsom, who left Sacramento on Saturday night, said he hopes to understand the root causes of migration.

Depending on who you ask, his trip can be considered a diplomatic mission or a strong stance against President Donald Trump.

"It certainly has some of the most dramatic incidences of humanitarian relief and refugee immigration," said Santa Clara University Lecturer, Dr. Matt Lesenyie.

The governor's office says Newsom chose El Salvador, considering that approximately 680,000 Salvadorans live in California, the largest population of Salvadorans in the U.S.

Dr. Lesenyie says Newsom needs to see the root of the issue that's pushing Salvadorans to cross the Mexico-U.S. border.

RELATED: ONLY ON ABC7NEWS.COM: 'My baby couldn't sleep for three weeks,' A mom's nightmare 2 months after being separated from her daughter by ICE

In the past, Governor Newsom has criticized President Donald Trump's comments on immigration. Dr. Lesenyie believes this trip could also be a political move.

"The candidates in 2020 and beyond want to frame themselves as caring. So going and making those photo opportunities and carving out that time shows that you care," said Lesenyie.

For Salvadorans in the Bay Area, like the owner of the recognized Salvadoran restaurant Panchitas, this trip brings hope

"Beautiful I love it," said Doris Campos. "It's a good idea for him to know how people are working so hard in El Salvador."

If you're wondering who is paying for this trip? It's not coming from California taxpayers. The answer is a nonprofit, the California State Protocol Foundation.