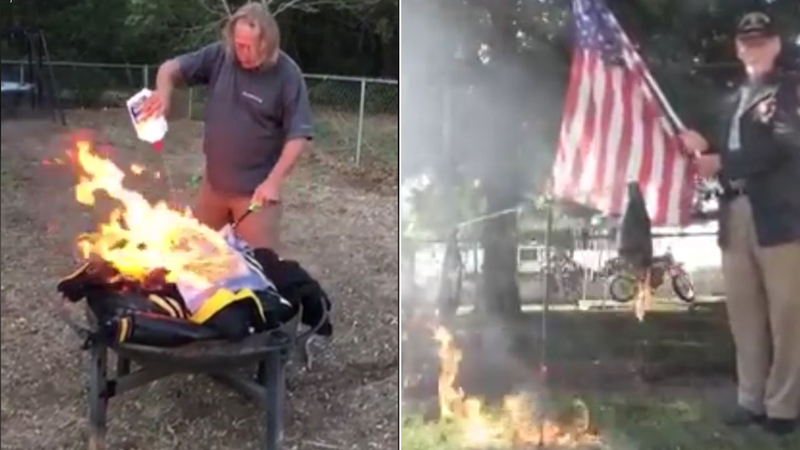 After a weekend of debate, some NFL fans are expressing their disapproval of the "Take A Knee" protest by burning the gear and tickets they bought for their teams.

"This is my protest to you," one Baltimore Ravens fans said in an emotional speech as he burned his jersey.

Other fans said they were upset because they have family members who are serving or have served and feel their sacrifice is being disrespected. At least one man stood speechless holding an American flag as his jersey burned.