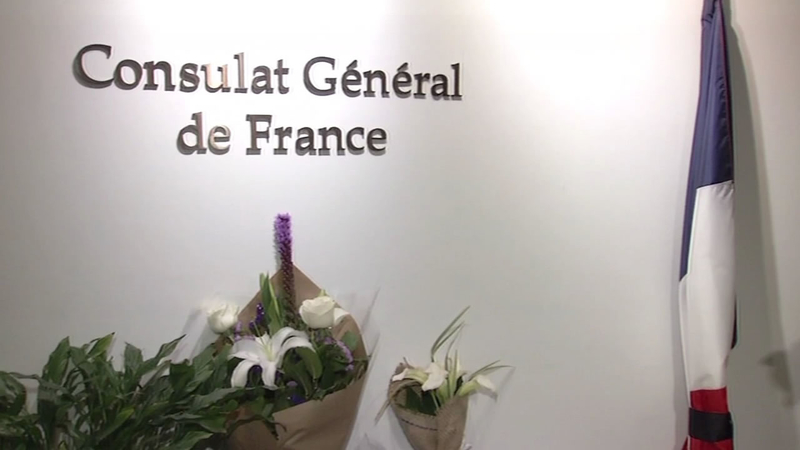 SAN FRANCISCO (KGO) -- The attack on Nice, France is the third major attack on France in a year and a half and it has French nationals in San Francisco saying not again.

The French Consul General in San Francisco told reporters the French are resilient and they appreciate the outpouring of support.

"We will not give in to terrorism threats. France and the United States stand together as we always have had, as allies, as partners, as friends," said French Consul General Emmanuel Lebrun-Damiens.

Olivier Daridol is manager of Café De La Presse in San Francisco. He's going home to France for a visit Sunday. Not to Nice. So he's not afraid for himself.

"For all the people in France it's kind of scary," said Daridol. "I have a few friends over there and they're all safe, it's fine. But it's awful for the people over there."


The deadly attack in nice yesterday is the third major act of terror in France over the past year and a half. Some French citizens have turned to the church for solace in these difficult times. This priest at the Notre Dame des Victoire will address the issue at Sunday mass.

"I will invite people to pray for the victims, not only those who were killed, but those who are still wounded," said Friar Etienne Siffert.

At the Alliance Francaise in San Francisco, a cultural center for French nationals, they've been fielding calls from angry and frightened people who want to vent. They're responding with a message of hope.

RELATED: One UC Berkeley student missing after attack in Nice

"Yes, we're in mourning but we'll carry on and peace and justice will prevail in the end," said director of Alliance Francaise Pascal Ledermann

The French Consulate is planning an event in honor of the victims outside San Francisco City Hall at 3 p.m. Saturday.