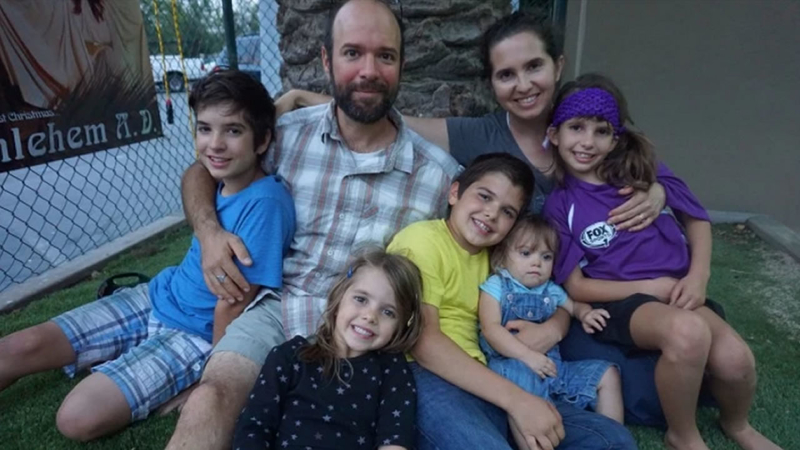 REDWOOD CITY, Calif. (KGO) -- A family of seven is struggling to beat a deadline that's approaching on New Year's Day. They're trying to find an affordable home on the Peninsula. If they don't, they may be homeless. It's a seemingly impossible task, given their unique situation. But there is a twist. It's a story you'll see only on ABC7 News.

"I am thankful that I am here to celebrate another holiday time with my family," said Redwood City resident Noah Standridge.

Noah was told last fall he had stage 4 cancer. Chemotherapy began the day before Christmas. The 39-year-old former Stanford lecturer is now in remission but doctors say he has a 13 percent chance of survival over the next five years.

He lost his job and his home.

Standridge, his wife Brinly, and their five children now live in a tiny two bedroom one bath home thanks to the St. Francis Center, their landlord.

They pay a modest rent but it's only a stopgap. They have to leave Jan. 1 because the home will be demolished.

All the while, Noah says their children wonder, "When will life become a little more stable where we don't have to move?"

They live on their savings and his disability payments. And finding an affordable apartment on the Peninsula has been impossible.

Sister Christina helped them with their temporary home. And now, she's come up with another offer.

"I said to them -- if they can find a piece of property, they can have the house," she said.

Noah adds, "I thought it was kind of out there, like way out there."

But as it turns out, Noah has had an offer to move the house free of charge and a city councilman says he'll help him through the permit process. The Standridges say their faith has helped them along.

"All of our prayers that when we really need something, have been answered," said Brinly.

They're hoping this one will be too.

All they need is an empty lot somewhere.