ByKatie Utehs and Janet O via

The relentless rain from a series of storms over the weekend has caused damage around the Bay Area.

The relentless rain from a series of storms over the weekend has caused flood damage and traffic issues around the Bay Area.

State Highway 84 has reopened in the Niles Canyon area of Fremont after rock slides closed the roadway in both directions for more than three hours this morning. The rocks were initially reported blocking Highway 84 shortly before 4:40 a.m., according to the CHP.

Fremont police said shortly after 7 a.m. that the roadway would likely be blocked for several more hours. However, crews were able to clear the rocks from the highway more quickly than expected and the roadway reopened as of shortly before 8:15 a.m., police said.

The heavy rain is raising concerns of rising waters of San Anselmo Creek. The flood stage for the creek is 13 feet, Monday morning it was at six feet. Businesses are taking precautions against possible flooding. Sandbags have been stacked in doorways and devices called floodgates have been placed in front of stores on San Anselmo Avenue to keep any rising water out.

In Fairfax, a huge tree triggered the overnight closure of Bay Road. About 15 people couldn't get out of their homes for a short time, until a tree service came out and started cutting away branches to clear the road.

In Sonoma County, Highway 116 east of Guerneville reopened about 10 p.m. Sunday, more than three hours after mud came sliding down onto the roadway. Caltrans had to use heavy equipment to clear out all the mud and rocks from the road.

In Pacifica, crews will be out again today trying to fill up a big sinkhole created over the weekend by the giant waves and stormy conditions. The sinkhole is 40 feet long and eight feet wide. The Department of Public Works filled the massive hole temporarily with large boulders.

Crews first discovered the problem on the promenade Sunday morning during a routine patrol. They said it was caused by the constant crashing waves beating down on the sidewalk. Curious residents in the area came out to see the work as the boulders were put in place. The Department of Public Works said they expected this to happen and had those 8-10 ton boulders on standby, however they have yet to figure out how to solve the issue now at hand.

"The problem is you want to preserve the street and that's Beach Boulevard, not to mention the promenade we have here which is a very popular tourist spot. So what we're doing right now is trying to fill the hole with big rocks that would preserve whatever material we have under the promenade," said Van Ocampo, Director of Public Works.

Crews will be back out today to start figuring out a permanent solution. For now, tourists and residents are asked to stay away from the area.

Emergency crews all over Marin County have also been preparing for El Nino storm conditions. Crews have put out no parking signs at the Manzanita Park and Ride. Flooding typically wipes out half the parking spots there. The hillsides in Marin County are soggy and the spillway is flowing from Lake Lagunitas.

Reservoirs in the Marin watershed are three-quarters of the way full. Sandbags are available at several Mill Valley locations.

Bay City News has contributed to this report 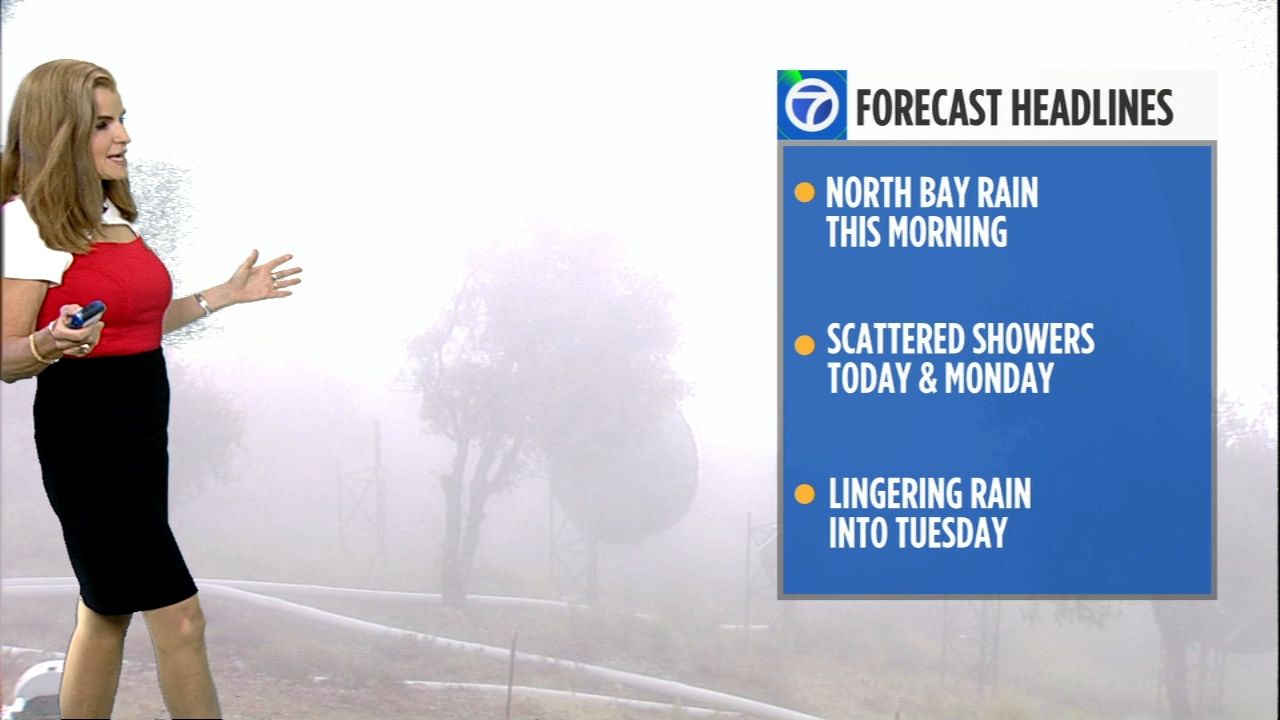