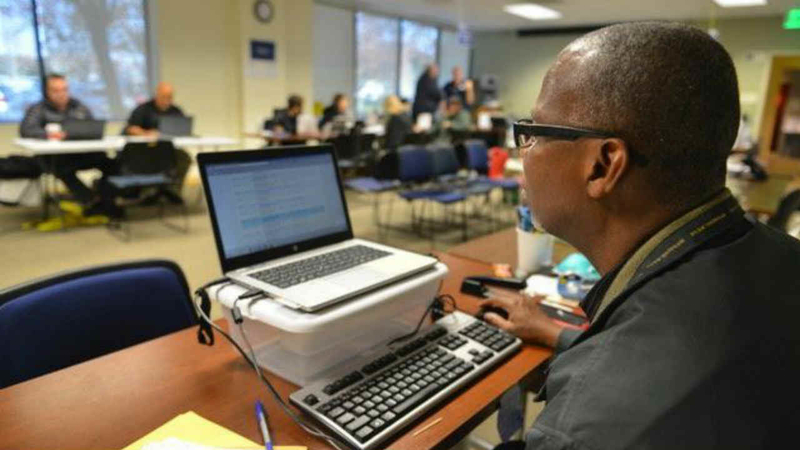 NAPA, Calif. (KGO) -- Relative silence and emptiness - those would be signs of progress in what remains of the Napa Fire zone, particularly at the county assistance center, where FEMA and other federal agencies will close up shop after Monday.

It represents the difference seven weeks can make. No more crowds in a room reduced to one-third the size it used to be.

Its the closing door that means progress.

FEMA tells us they helped some 4,000 households, 12,000 people, handed out roughly $7 million in financial assistance, and continued even as Ruth and Fred Walz passed through.

RELATED: Time running out for North Bay Fire victims to apply for help

Not much remains of their home on Soda Canyon Road. Before retiring, Fred worked as a carpenter, and Ruth as a social worker. Now she's seeing it from the other side. "You cry for the smallest of reasons," said Ruth. "Even the sight of a puppy. I'm not going to cry now, but I might."

This represents the difference seven weeks can make. No more crowds in a room reduced to one-third the size it used to be.

The difficulty of recovering from a major fire isn't any one thing, she told us. Instead, it's the cumulative weight from all of them. "This will take years," Ruth said.

As the couple spoke with us, they held large cookies in their hands. Thank Judith Colliflower for those.

We found her around the corner, working for the Small Business Administration. She baked them, herself, and left the container sitting on a desk.

What a nice personal touch.