Video from body cameras worn by police officers the night of the fire shows why preparation is critical.

SANTA ROSA, Calif. (KGO) -- On the one year anniversary of the firestorms that swept through Santa Rosa, first responders are remembering one of their toughest problems that night-- many people simply did not take evacuation orders seriously.

Looking forward, that's a problem we all can solve.

Video from body cameras worn by police officers the night of the fire shows why preparation is critical.

With fire moving in fast, the Santa Rosa police department joined forces with first responders from all across Northern California in a treacherous race against time to evacuate many neighborhoods in danger.

Officer Andy Adams remembers he never thought in a million years he would ever encounter a fire like this. As he put it-- "I'm not a firefighter."

Adams and his colleagues had the daunting and exhausting task of running house to house furiously banging on doors, hoping to wake people up.

"I'd run up to a house. I would shake the handle. I'd yell, 'police, fire is coming-- you need to evacuate right now,' and you'd have to move on" he said.

Body cam video shows Adams and his fellow officers urging residents to get out immediately. But many were slow to respond.

Adams said it was very tough, " I would have expected the urgency from people to be a little bit more. I was getting frustrated."

He believes people just did not realize the magnitude of what was happening.

Paul Lowenthal, an assistant Fire Marshal with the Santa Rosa Fire Department, recalls "We were finding residents asleep. We were finding people still in their homes. People unsure of what exactly to do."

The video shows one man hosing his house as fire closes in. He tells the officers his wife is inside and they are not leaving. "It's chaos out there, where are you going to go" he said.

Finally the officers move on. Later they learned the man and his wife eventually did leave, and their efforts did not save their house.

Police remind everyone to make evacuation plans now, and when authorities tell you to get out, do it quickly.

Go here to learn how to prepare for a wildfire evacuation.

To see the latest stories and videos about the North Bay fires go here. 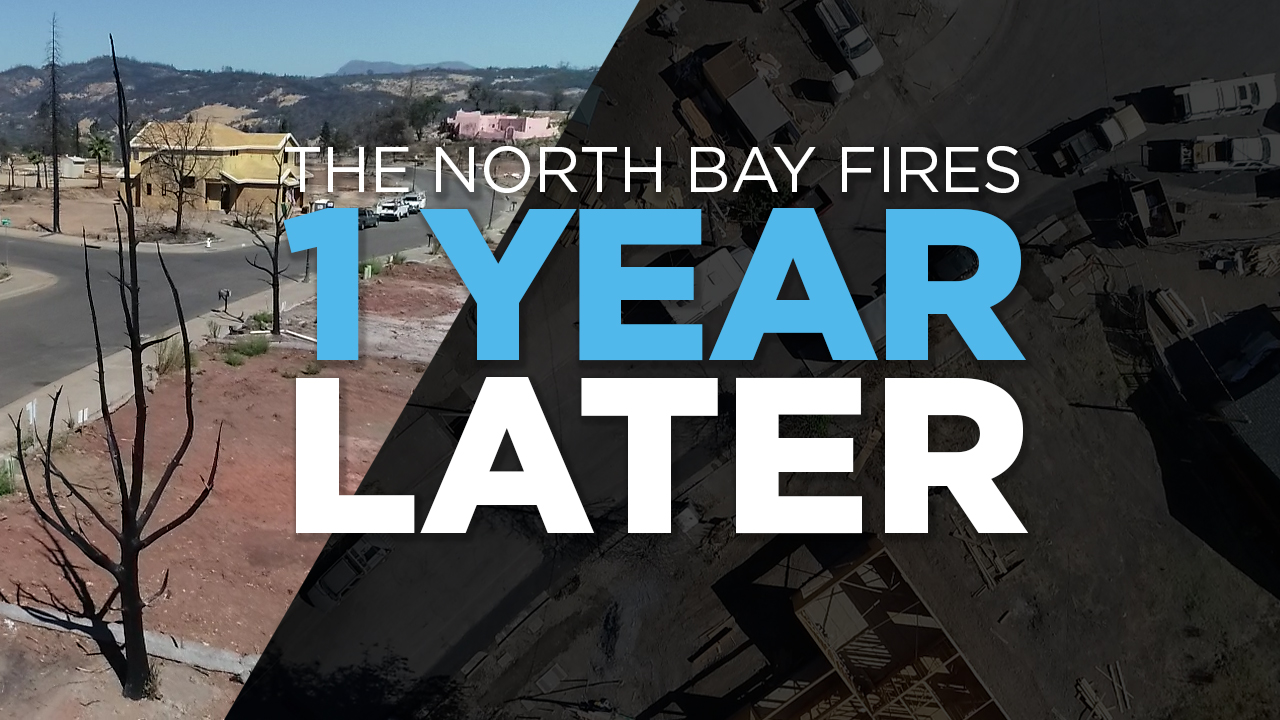