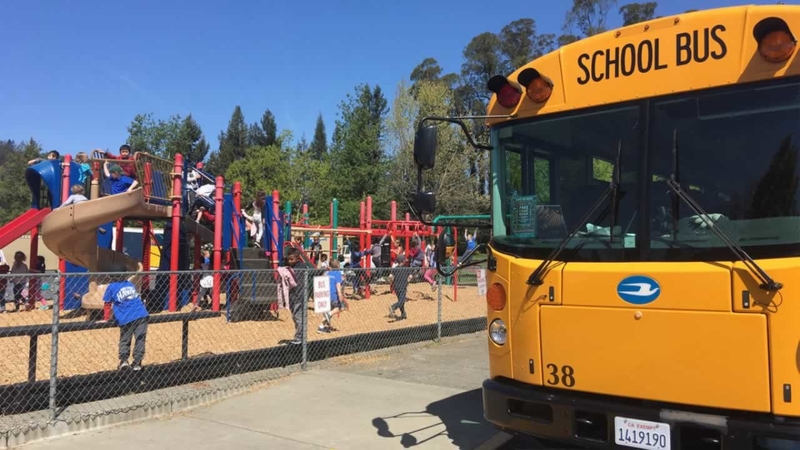 SANTA ROSA, Calif. (KGO) -- Six months after the fires, one North Bay school district is expecting an exodus of students to accelerate this summer as families still come to grips with how the fires have changed their lives.

High school senior Aneri Parikh says, "I still get nightmares sometimes. I feel like I imagine my house is still there."

She lost her home and laptop in the fire, which derailed some of her original college application plans. She's choosing to stay closer to home next year at a junior college as she re-thinks her goals.

Parikh says her perspective has changed. Displaced families are struggling through long commutes to keep their children in the schools here -- for now.

Santa Rosa City Schools Superintendent Diann Kitamura says, "What we're hearing from our community is many people are waiting until the end of the school year and then they're going to move."

Seniors who lost their homes in fires in Santa Rosa talk about how it changed their college plans. #abc7news pic.twitter.com/0LKb7FC1Ci

Five hundred students have already departed the Santa Rosa district since the fires. Many have left Sonoma County and even the state. Hundreds or even a thousand more abandoning the district this summer could leave the schools overstaffed and short on state funding. Eventually, that could have an impact on the property tax base.

Fire victim Kayla Barker said her parents were adamant about having her stay in school so she could finish out her senior year with her friends. She said, "We are living in a trailer right now because we don't have insurance." She has no shower or WiFi.

RELATED: The North Bay wildfires, six months later
The need for counseling in the schools is even more intense than it was right after the fires. The district has gotten a grant to open an integrated wellness program for fire victims this summer.

The superintendent says parents and students are weary, not knowing what the future holds. She says what used to cost $300 a square foot locally can now cost $600 a square foot. Rebuilding a school community could take a decade or more.

As one student put it, I can't stop remembering what I used to have.

Click here for more stories and videos related to the North Bay fires.

500 families have already relocated after fires. Superintendent says What was $300/sqft before fire is now $600/sqft #abc7news pic.twitter.com/wnMAqTNOel