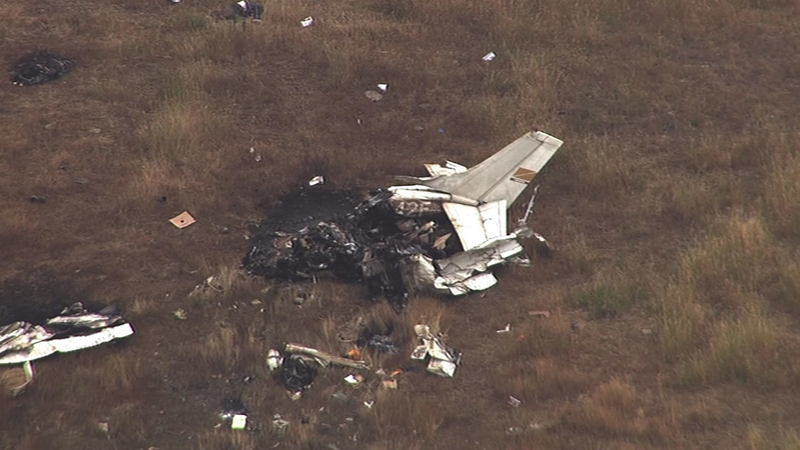 LIVERMORE, Calif. (KGO) -- A single-engine Cessna 210 crashed into the ground in Alameda County, killing one person.

The plane was flying from Concord to Reid-Hillview Airport in San Jose when it crashed just south of I-580. The National Transportation Safety Board is now investigating the crash in the Castro Valley Hills that killed a pilot from Lafayette.

The man's family said he was a pilot for more than 30 years and he flew the route often to commute to a job site. Search crews spotted the wreckage from the air in difficult terrain.

The pilot killed in the crash is believed to be 67-year-old Andrew Morse from Lafayette. The Alameda County Coroner's office is still working to officially confirm the pilot's identity; however, Morse's family reported him missing Thursday after he failed to arrive at Reid-Hillview Airport near San Jose.

Morse worked as a developer and took the flight path from Concord as a way to commute to a job site. Civil Air Patrol and the Alameda County Sheriff's Office began searching Thursday but could not find the wreckage.

Friday morning, Civil Air Patrol sent up another aircraft and they were able to locate the plane.

Morse leaves behind a wife and two adult sons. They said he was active in the Lafayette community, known by neighbors as the mayor of the block for his helpfulness.

In addition to flying, Morse loved to snow ski and had worked with the ski patrol at Sugar Bowl.