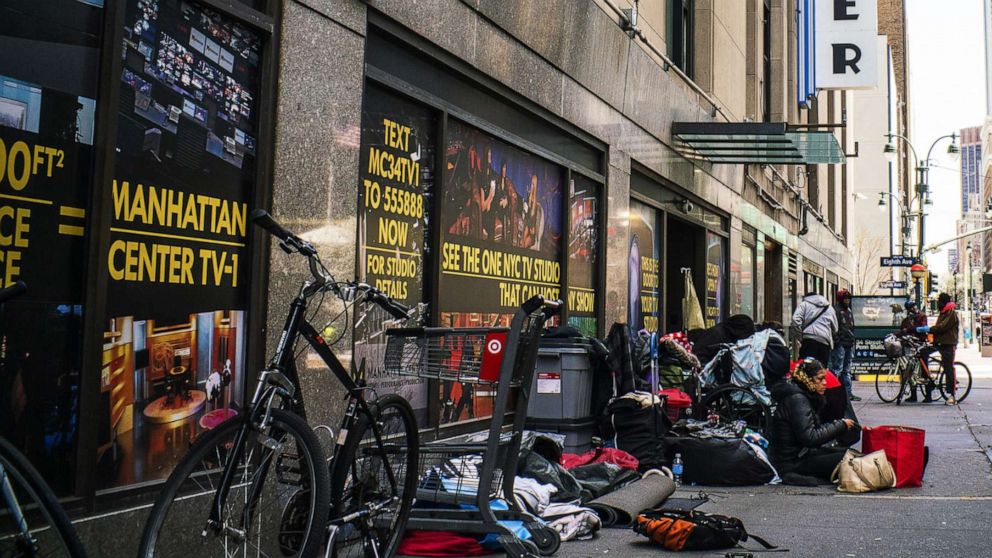 New York officials have confirmed the first homeless death from the novel coronavirus, a grim statistic that homeless advocates fear could rise in coming weeks.

"Tragically, one New Yorker experiencing homelessness succumbed to this virus after several days in the hospital - our hearts go out to this individual's friends and family," said Isaac McGinn, spokesperson for the city's Department of Social Services.

"What we're seeing continues to track the trends across our city, state, and country - with more testing taking place, we're effectively identifying more positives, which gives us the ability to immediately connect each individual to the care they need, whether in hospital or in isolation," McGinn said.

According to the statement from DHS, the homeless resident was a single adult male in his 60s and was hospitalized last week. The man's identity was not revealed.

DHS also confirmed a total of 39 positive cases of COVID-19 among homeless New Yorkers as of March 24. According to the New York Department of Homeless Services, there were 17 coronavirus patients identified from 12 different shelters across the city as of Sunday night. The overall number of homeless residents in New York in 2019 was 78,604, according to the U.S. Department of Housing and Urban Development.

The case in New York follows the first death of a homeless person in California last week. The homeless population is particularly vulnerable because they are frequently in institutional settings and cannot always find easy access to handwashing stations and clean facilities.

New York City's social service agency has mobilized special housing units that enable residents to isolate themselves. The rollout this week has included approximately 500 isolation units available across four locations, officials said. As of March 24, there are 65 individuals in isolation units at two of the locations.

"Unfortunately, we are well aware of the sad fact that our homeless population is 30 percent more susceptible to the COVID-19 virus than those who are healthy because of their compromised respiratory systems," said Ivan Klassen, director of community partnerships of the Los Angeles Mission, which provides emergency services, housing, legal counseling and other services to the homeless.

At the Los Angeles Mission, staff members are allowing homeless people to stay at the shelter for a longer period of time than typically allowed.

"We usually give people 15-day bed tickets but given the situation, people can stay as long as they need," said Klassen. "We are hoping that essential homeless service providers like us who are taking stringent measures will help stem the tide. Or we will unfortunately see more deaths like the one in NYC."
Report a correction or typo
Related topics:
abc newsnational
Copyright © 2021 ABC News Internet Ventures.
More Videos
From CNN Newsource affiliates
TOP STORIES