KGO
CENTER MORICHES, New York -- A New York City Police Department officer and his fiancee were charged in the death of his 8-year-old son, accused of abusing the boy and leaving him in freezing temperatures in the garage.

Thomas Valva, a third-grader who had autism, was found unresponsive at his Long Island home last Friday and was later pronounced dead at the hospital.

"Thomas Valva was subjected to freezing temperatures in the home's unheated garage overnight when the outside temperature was 19 degrees," Police Commissioner Geraldine Hart said.

On Friday, investigators arrested 40-year-old Michael Valva and his fiancee, 42-year-old Angela Pollina, and charged them with second-degree murder.

Police said Michael Valva had called 911 and said his son had fallen in driveway while waiting for the school bus and was unconscious. When police arrived, Valva was performing CPR on Thomas in the basement.

"We determined Thomas was never in the driveway that morning, and he suffered head and facial injuries that were not consistent with the father's account," Hart said.

Michael Valva later created a GoFundMe page to raise money for funeral costs, saying his son had died in a tragic accident, with more than $14,000 donated.That page has since been taken down.

Authorities now believe the boy had been left in the garage, and they said his body temperature was just 76 degrees when he got to the hospital. He also had facial and head injuries, according to officials.
Police made the arrest after reviewing home security surveillance video, and prosecutors said each room of the house had a camera that was labeled. They said the camera in the garage was low to the ground and pointed toward the floor with the label "the kids room."

They said video from the two previous nights showed Thomas and his 10-year-old brother Anthony sleeping on the garage floor without pillows and blankets, shivering.

"Nobody did anything," the boy's mother Justyna Zuubko-Valva, said. "I tried, I fought so hard to, you know, fought for justice for my children...It shouldn't get to the point that, you know, my son lost his life for somebody to do something."

Authorities said the brothers were often deprived of food and exposed to unsafe conditions. They are still investigating whether a 6-year-old brother was also abused, and they are also looking into whether Child Protective Services was notified of abuse.

The defense denied the accusations, calling them pure speculation and maintaining Valva's innocence. He was remanded without bail.

Pollina has three children, 11-year-old twins and a 6-year-old, and police are investigating whether the alleged abuse extended to all children.

"We are going to look at every interaction that this child had with the system, and we're going to follow through and make sure we investigate every avenue," Hart said. "I have been in constant contact with the commissioner of the Department of Social Services, we're working closely together to make sure we're investigating every avenue and every contact this family had with services." 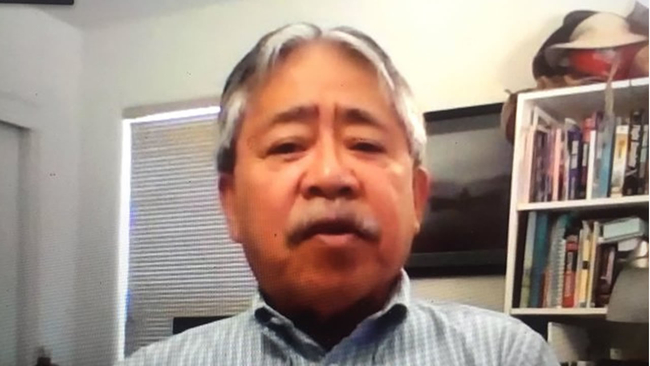