OAKLAND, Calif. -- The Oakland Athletics announced an ambitious plan Wednesday to build a new baseball stadium at the Howard Terminal waterfront site north of Jack London Square and redevelop the existing Coliseum complex into a site that could include a large park, housing and businesses..

A's President Dave Kaval said at a news conference at the team's offices in Jack London Square, "This project is bigger than baseball" because he believes it will bring jobs, housing and other benefits to Oakland.

Many hurdles must be cleared before the project is approved and completed, but Oakland Mayor Libby Schaaf said it's a positive sign that the city, Alameda County, the Port of Oakland and the A's are working together.

"This is the first time we've had a united front with a shared vision," Schaaf said. "We have a unified team that's ready to knock it out of the park."

Kaval said the environmental review process for building a new stadium at the Howard Terminal site will begin on Friday and he hopes it will be completed by the end of next year.

He said current plans are to have a groundbreaking ceremony for the new 34,000-seat stadium in 2020 and have it open in time for the 2023 season. 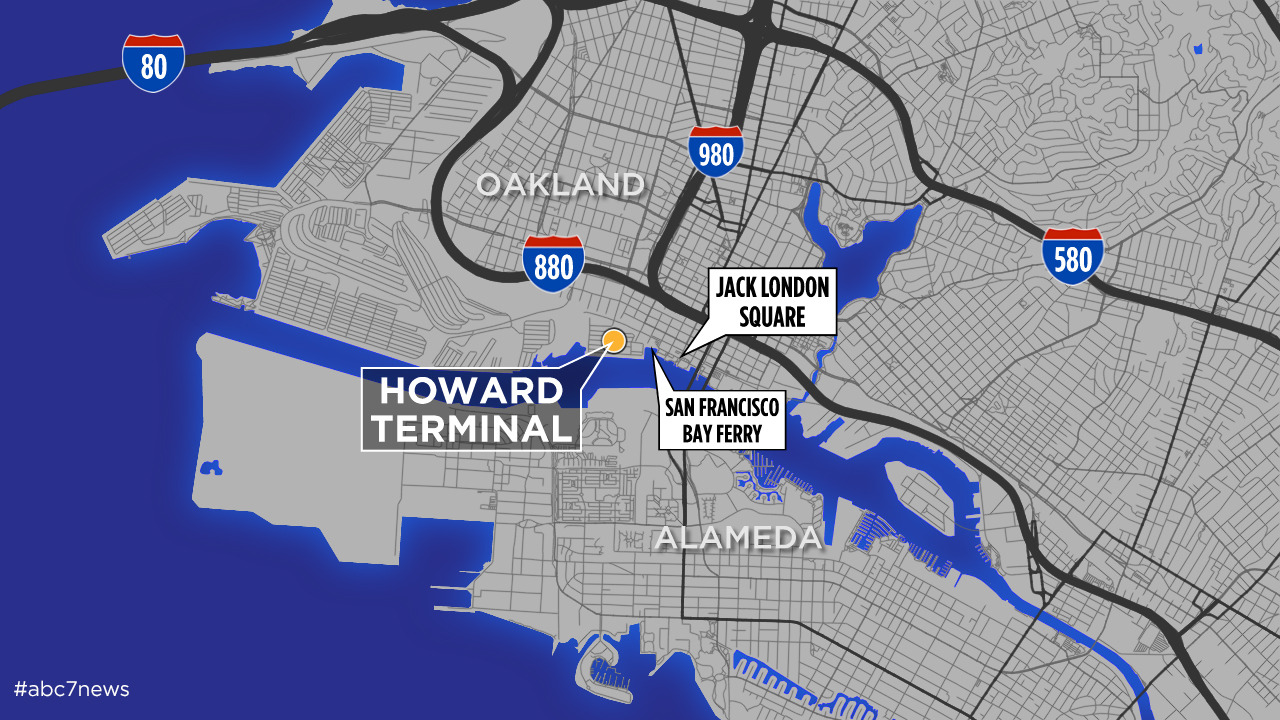 Kaval said he wants the stadium, which is designed by the Danish architectural firm Bjarke Ingels Group, to be like legendary ballparks such as Wrigley Field in Chicago and Fenway Park in Boston, which he said have residential neighborhoods surrounding them.

Kaval admitted that access to the proposed stadium is "a big concern," as it's separated from downtown Oakland by Interstate Highway 880 and railroad tracks.

He said the plan calls for an aerial tram to shuttle fans from downtown and also said there 10,000 parking spots within 1.25 miles of the stadium.

Kaval declined to estimate the cost of building a new stadium but said it would be privately financed. He also said there could be a public-private partnership to manage both sites.


The Port of Oakland owns the Howard Terminal site and has an exclusive negotiating agreement with the A's to sell the site to the team.

Port board president Ces Butner said, "We have an opportunity to do something special for the city of Oakland and we will work quickly to get this done."

The Coliseum complex is owned by both the city and the county but Alameda County Supervisor Nate Miley, who chairs the board that oversees the complex's operations, said the county is working on selling its share of the site to either the city or to the A's.

Schaaf said it would be best if the county sells its share to the city so there would be a single owner who would deal directly with the A's.

Oakland City Councilman Larry Reid, who represents the Coliseum area and is vice chair of the board that oversees the property, said if the city owns all of the site it could then sell all of it to the A's or split ownership with the team.

Reid said he would have preferred that the A's build a new stadium at the Coliseum site instead of the Howard Terminal site.

But he said, "The A's have demonstrated their commitment to the city of Oakland and I wholeheartedly support that.

Miley said that with the pending departures of the Golden State Warriors basketball team to San Francisco and the Oakland Raiders football team to Las Vegas, "The A's are now Oakland's team" because of their plan to build a new baseball stadium in the city.

Kaval said a new baseball stadium at the Howard Terminal site "could keep the A's in Oakland for another 50 or 100 years or forever."

The A's will host an open house from 4 p.m. to 6 p.m. Thursday for community members and fans to learn about the team's plans for the two sites.

The event will take place on the first floor of A's headquarters at 55 Harrison St.