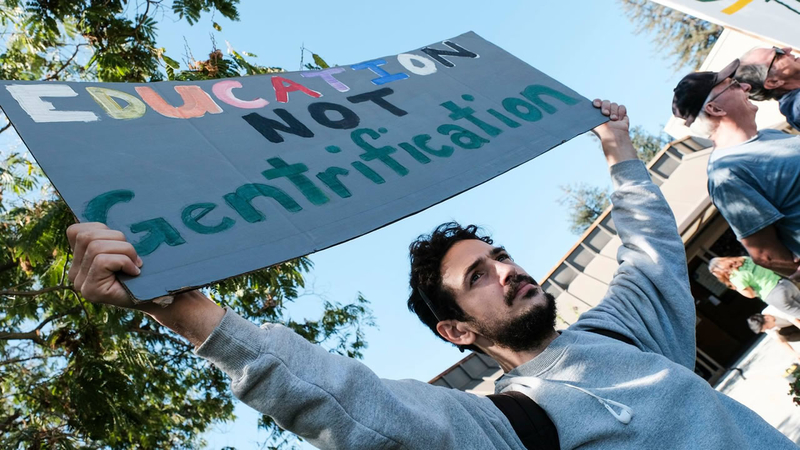 OAKLAND, Calif. (KGO) -- For Cindy Margulis of the Golden Gate Audubon Society, the bird's presence along the waterway between Lake Merritt and the bay could not have been more perfect.

Ever since the Oakland Athletics designates this piece of property near Laney College as being ideal for their new stadium, she has worried about the potential impact on wildlife.

"The noise, the lights, the trash, the cars. The traffic? You name it. I worry about the impacts of a massive project pigeonholed into this tiny site."

In voicing those concerns, Margulis took a number today, as a coalition of groups opposing the stadium gathered outside Peralta Community College District headquarters.

"There is no way you can build a stadium or institution right there," said Laney College faculty member and graduate Roger Porter. "Not only will the stadium disrupt our learning environment, but also uproot Laney College."

Alvina Wong spoke on behalf of Oakland's long-term, historical Asian population, less than one mile away. She worries about gentrification and rents. "We know they will get pushed out. They are already being pushed out. The impacts will be huge with all of those fans coming to eighty-one games a season. Just think of the traffic jams."

RELATED: What happens to the Oakland Coliseum after all three teams leave?

Such are the obstacles facing Oakland Athletics President Dave Kaval. Having navigated a stadium for the San Jose Earthquakes, he knows the playbook, which includes playing the role of eternal optimist by diffusing fears and placating opponents.
"We're listening," he said, and intends to do much more of that in the next year. "This is a huge moment for Oakland. It's a big decision. We want everyone to play a part in it for the project's success."

The Athletics also considered financing a stadium along the water in the Port of Oakland, or building a new version in the existing Coliseum complex. Cindy Margulis likes that idea. "I think it is a matter of reduce, reuse and recycle. And there are two stadiums at the Coliseum that will soon be unused. Recycle."

Kaval prefers downtown. It's the team's focus. "The key is a stadium that draws fans, supports revenue that brings in superior players, and brings championships. We get those with a downtown location like Peralta."

To critics who accuse the Athletics of trading education for gentrification, Kaval pitches and benefits for students in terms of jobs and educational opportunities.
The Peralta Community College District's Board is likely to discuss these issues at its next meeting in October.