An ode to the Black Hole: Raiders top 7 most memorable moments from the Oakland Coliseum 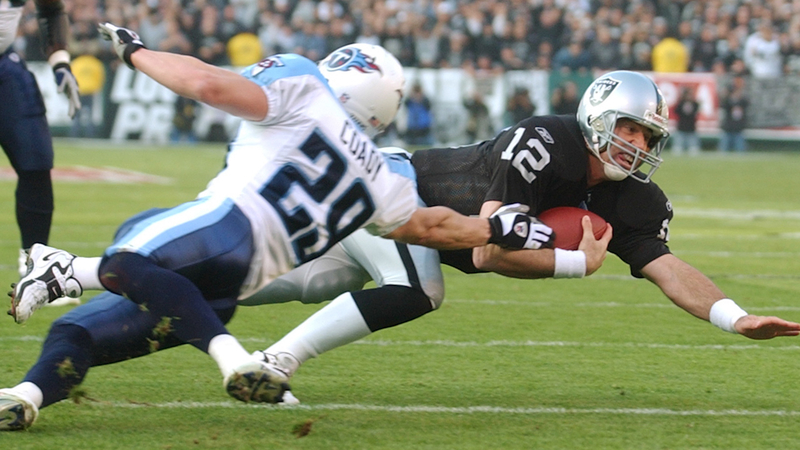 Raiders most memorable moments from the Oakland Coliseum

OAKLAND, Calif. (KGO) -- The Oakland Raiders storied tenure in the city they've called home for 44 seasons is coming to an end. On Sunday, Dec. 15, 2019, the Raiders play their final game at the Oakland Coliseum, the legendary venue known as "The Black Hole."

To mark the occasion, ABC7 News Writer/Producer Steve Bunner, an "Oakland" Raiders fan from 1968 to 2016, shared his top seven most memorable Raiders moments at the Oakland Coliseum.

RELATED: Retiring a relic: Raiders from past and present reflect on the Coliseum

1. AFC Championship Game | Dec. 26, 1976
The 1976 Raiders were desperate to shed the label that they "couldn't win the big one." They had lost three straight AFC Championship games, the last two to the Steelers, who went on to win the Super Bowl both times. We Raiders fans wanted this one. We needed this one. We knew we had the superior team that season. Quarterback Kenny Stabler was at the top of his game, leading the Silver & Black to 13-1 regular season record, but we were still nervous. The Raiders took the early advantage, jumping out to 17-7 halftime lead. Even so, we were still nervous. That changed in the third quarter, when Stabler hit running back Pete Banaszak with a five-yard touchdown pass. My brothers, my dad and I exploded in the living room of our home in Aptos, we knew the Raiders were going to the Super Bowl, and they were going to "win the big one," which they did.

2. 'Sea of Hands' | Dec. 21, 1974
Arguably one of the greatest NFL games ever, and no doubt the greatest game in the history of the Coliseum. The Miami Dolphins were the defending, two-time Super Bowl Champions. This game was a heavyweight fight, featuring six lead changes, the last of which came on a play with this name. Quarterback Ken Stabler, flushed from the pocket, releases the ball just as he fell to the ground, with running back Clarence Davis catching it in the end zone, amongst a "Sea of Hands," giving the Raiders a 28-26 win.

3. 'The Heidi Game' | Nov. 17, 1968
The first of the Raiders long list of games with "names." This one is etched in history because with just a minute left in the game, and the New York Jets ahead, 32-29, NBC broke away from its coverage to air the "made for TV" movie version of the children's classic "Heidi." Viewers in the eastern half of the country would not get to see the game's incredible finish. The Raiders scored two touchdowns on back to back plays, propelling them to a 43-32 victory. The game changed the way television networks broadcast football games, and more importantly for Raiders fans, became the first in a series of legendary "come from behind" victories for which Oakland teams of that era would be forever known.

4. AFC Championship Game | Jan. 19, 2003
It was bedlam at the Coliseum even before this game kicked off. Metallica primed Raider Nation with a raucous pre-game concert in the south parking lot, taking the notoriously rowdy Coliseum tailgate scene to a whole other level. Inside the Black Hole, the Raiders seized on that energy. Quarterback Rich Gannon threw three touchdown passes, and ran for another, as Oakland beat the Tennessee Titans, 41-24, earning the team's first trip to the Super Bowl since 1984. In retrospect, there is also a hint of sadness to this game for long time Raiders fans like me. It would be the last playoff game the Raiders would ever win in Oakland.

5. Return to Oakland | Sept. 3, 1995
It came out of nowhere. On June 23, 1995, Al Davis signed a letter of intent to move the Raiders back to Oakland. It was the announcement Raiders fans dreamed of for 13 years. The "Oakland Raiders" would play their first game at the Coliseum since 1981 on August 12, 1995, a preseason clash against the Rams. Three weeks later, September 3, 1995, a sellout crowd would cheer the Raiders to a 17-7 victory over the San Diego Chargers. Ironically, all three teams involved in those two games, will play in new stadium in different cities in 2020.

6. 'Criminal Element' Game | Sept. 13. 1976
As usual, NFL schedule makers didn't do the Raiders any favors. Oakland started the season, at home, against the two-time defending Super Bowl Champion Pittsburgh Steelers. The game would be a classic. The Raiders rallied in the 4th quarter, scoring 24 points against the vaunted "Steel Curtain" defense, to defeat Pittsburgh, 31-28. But it was one play in the first half that would give this game its name. Raiders safety George Atkinson leveled Lynn Swann with a forearm to the back of the head, knocking the Steelers receiver out of the game. Pittsburgh coach Chuck Noll would later refer to Atkinson as a "criminal element who should be kicked out of the league." The game set the tone for the rest of this storied rivalry, which ran from 1972 to 1980, the Raiders would never lose to the Steelers again.

7. Favre's Divine Intervention | Dec. 22, 2003
Typically, games where your team gets blown out, 41-7, before a national TV audience aren't remembered fondly. This game was different. The day before, Green Bay Packers quarterback Brett Favre lost his dad, his hero, to a heart attack. Irvin Favre was just 58. No one was sure if Favre would take the field the next night in Oakland. He did, and it was a performance those of us in the Black Hole that night will never forget. Favre threw for 399 yards and four touchdown passes! One of the TD's, a 43-yard bomb to Javon Walker, looked like it had been plucked out the sky by "Irv" himself and dropped into the hands of the Packer receiver. We couldn't believe what we were watching that night. It had to be divine intervention. As the game came to a merciful end, we Raider fans didn't boo our squad or taunt the Packers, as anyone might expect us to do, we stood in unison, and applauded the heroic effort of an opposing player; an unrivaled show of respect by the notorious "Raider Nation." Thirteen years later Favre would say of that game, "I think everyone...who has played in Oakland...can agree, they (the fans) can be downright nasty. I've seen it, I've witnessed it, But I'll say this, that night, the tremendous respect and honor that was shown to me and my family from the Oakland Raiders fans was spectacular." It was a game I'll never forget, and one that made me forever proud to be a member of the "Raider Nation."