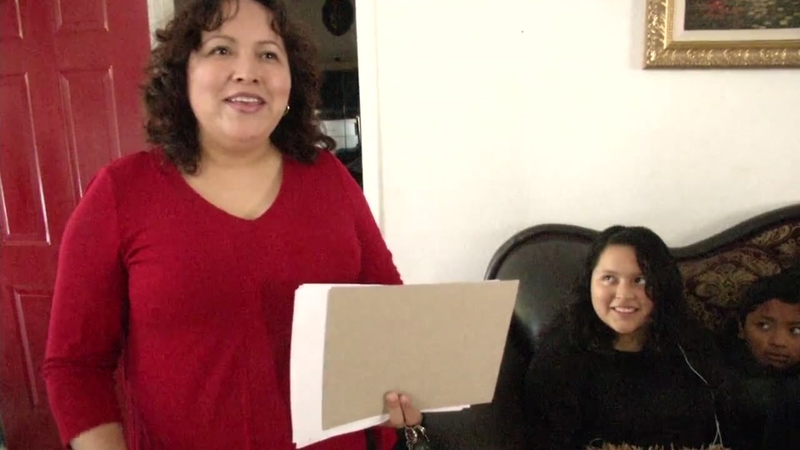 OAKLAND, Calif. (KGO) -- An Oakland cancer nurse and mother of four has won a one-day reprieve. She and her husband were set to be deported to Mexico today, but that's now on hold, as Senator Dianne Feinstein fights to keep their family together.

Feinstein's office told Maria Mendoza Sanchez and her husband Eusebio to cancel their flight today in order to file another request stay. The current stay now expires at noon on Wednesday.

"I'm very thankful. I'm very happy. I don't know what's going to happen tomorrow. But today is all that matters to me. One day at a time," said Maria.

"I do have so much hope that they will stay even longer," said Maria's daughter.

Maria and Eusebio were originally scheduled to leave from SFO to Mexico City at 12:55 Tuesday afternoon, but not before they made one final plea to President Donald Trump to stay in the Bay Area. "How would he feel if all of the sudden something would happen to let's say Ivanka or one of his other kids. And they have to leave their kids behind," said Maria.

Maria's co-workers, her hospital's CEO and members of Congress have all made efforts to stop her deportation.

The couple's attorney asked federal immigration authorities for a stay of deportation while Feinstein wants to introduce a private bill in Congress next month allowing the couple to remain in the U.S.

The couple has held jobs, paid taxes and stayed out of legal trouble for two decades. They have four children, three of them U.S. citizens. "Hopefully, we can get a stay of deportation. One that we need for one year, so my daughter can graduate from UC Santa Cruz and we can be here for her," Maria said.

ICE issued a statement saying, "the courts consistently held that neither of these individuals has a legal basis to remain in the U.S. while ICE continues to prioritize its enforcement resources to focus on individuals who pose a threat to national security, public safety and border security, ICE will not exempt classes or categories of removable aliens from potential enforcement."

The Sanchez family said if they are forced to leave, they'll take their son to Mexico with them and leave their three daughters behind.