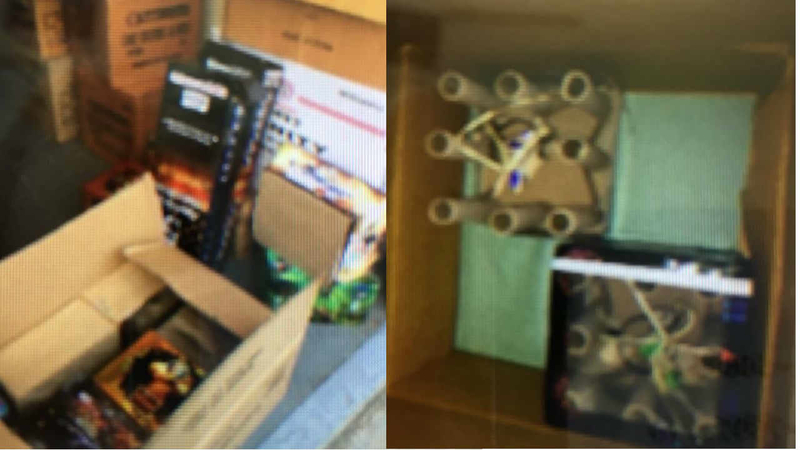 OAKLAND, Calif. (KGO) -- Police in Oakland made an arrest after discovering thousands of pounds of illegal fireworks, the department announced on Twitter Wednesday.

Sgt. Ray Kelly of the Alameda County Sheriff's Department bomb squad showed some of it off. "Then we have a rocket pack like this. There are a hundred shots in this," said Kelly.

The bomb squad now has possession of the nearly 1.75 tons of illegal fireworks seized last night. Kelly says a shot to the face or head from some of this stuff - like these mortars - can be lethal.

"And then you're going to light it. The problem is sometimes these have a slow burn and we end up having people look over the projectile and this comes up."

Oakland police say one of their crime reduction units got information that someone was selling these fireworks all over the city, and were able to identify a suspect.

"As they continued their investigation they were able to recover more than 3,400 pounds of illegal fireworks from a storage unit in San Leandro," Oakland Police Officer Felicia Aisthorpe said.

Oakland investigators will only say that the suspect is a 45 year old Hayward man who is being held on multiple fireworks charges. Officers say these cases come up more frequently in the weeks before July 4. They add that these fireworks are illegal in just about all Bay Area Cities.

"The fireworks are dangerous. We don't want anyone getting injured, losing fingers or body parts like that. In addition, it's fire season now. We don't want any fires started due to this use of illegal fireworks," Aisthorpe said.

Oakland Police will turn the case over to the DA for formal charges. In the meantime, the sheriff's department plans on destroying these fireworks later this year.

Oakland Police make an arrest and recover 1,000 pounds of illegal fireworks w/ a street value of 30,000. We thank ALCO Bomb squad for assisting OPD with the removal. pic.twitter.com/RyTVgqbmtq