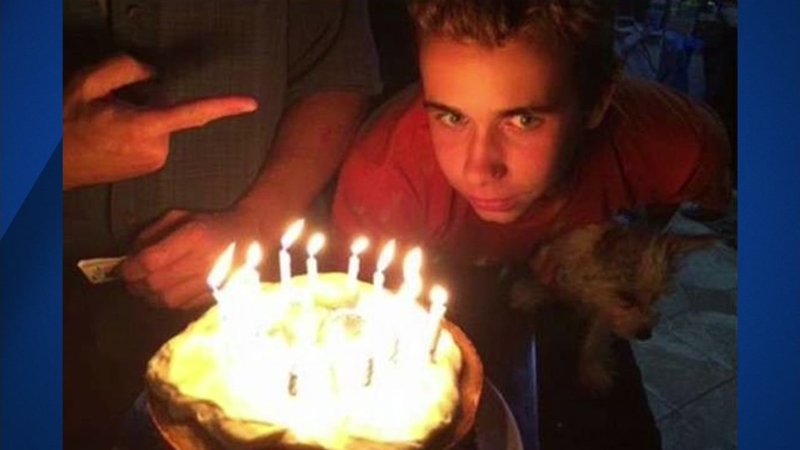 SAN FRANCISCO (KGO) -- An 11th grader from Ruth Asawa San Francisco School of the Arts is among the confirmed dead in the Ghost Ship warehouse fire. His name is Draven McGill and ABC7 News talked to his closest friends, including one who was with him that night and managed to escape.

When walking through this campus, you can almost hear the lyrics to the song "American Pie" -- "the day the music died." Seventeen-year-old Draven McGill was a member of the vocal ensemble at the Ruth Asawa School of the Arts in San Francisco.


"He adored music, that was his favorite thing to do," said Julian Granados, friend.

Most students had heard over the weekend about McGill's death, but it was here today with their friends, that they found the needed support.

"He really was such a spur-of-the-moment, if there is anybody I wanted to have an adventure with, it was definitely him," said Faelan Westhead, friend.

Faelan Westhead, also a student, was with McGill inside that Oakland warehouse, last Friday night attending a rave. Westhead said there was total darkness, but somehow he followed voices and made his way out of the building.

"Well, right now I'm almost in shock still. I'm still trying to process what happened. I feel like I haven't fully accepted it really and I'm glad to be with these guys like we are all dealing with it together I think," said Westhead.

"The whole school right now is devastated. I don't know of another fitting word for that," said Jessica Dryer, student advisory council.

Every high school in the district has a wellness center with counselors. But today, more were called in.

Students also began thinking of ways to honor his memory.

"Yesterday Sunday I was able to go with some friends to Oakland where it happened, we left some candles, we left some messages and I think that helped a lot," said Gabriel Bibliowicz, student body president.