UC Berkeley students among those missing after Oakland fire 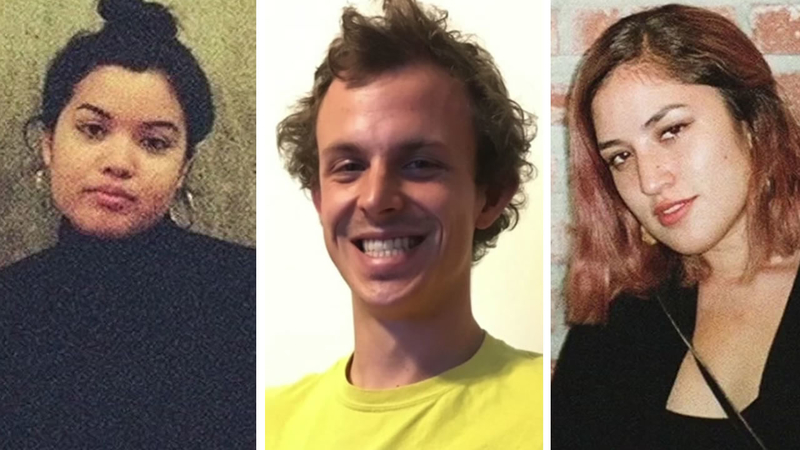 UC Berkeley students among those missing after Oakland fire

OAKLAND, Calif. (KGO) -- Some of the victims and those still missing after a fire at the Ghost Ship warehouse were students or recent graduates of UC Berkeley.

It's nearly 10 miles from the site of the deadly fire to the basement studios of KALX. But the student radio station is at the center of a community that's now waiting and hoping.

Three people reported missing after the fire were volunteers including, Chelsea Faith Dolan who is better known as DJ Cherushii and had a weekly radio show at KALX on Thursdays.


Dolan was scheduled to perform at the party where the fire broke out and hasn't posted online since then. Griffin Madden, a UC student whom the Daily Californian says was another KALX volunteer and worked across the way at Cal Performances is also missing. He was at the party with a friend named David Cline. Unfortunately, Cline did not make it out alive, according to a letter from his brother who says he'd recently graduated from UC Berkeley with a double major in cognitive and computer sciences.

The Daily Californian told ABC7 News Jenny Morris and Vanessa Plotkin are roommates in Cal's Unit 2 residence halls and both remain unaccounted for.


Two other members of the UC Berkeley community, Donna Kellogg and Nick Gomez Hall also are now known to be among those killed in the fire and there are more students missing.

In a letter to students, the chancellor offered condolences and counseling. But the university is not talking about the search for those who are missing and are leaving that to the local authorities.