By pleading no contest, Almena, 48, and Harris, 28, avoided going to trial and potentially facing life in prison if they had been found guilty of all the charges stemming from the fire during a music party at the warehouse at 1309 31st Ave. in Oakland's Fruitvale district on Dec. 2, 2016.

Before taking their pleas, Alameda County Superior Court Judge Morris Jacobson made sure that Almena and Harris, who remain in custody in lieu of $750,000 bail, understood the legal rights they were waiving and that he would find them guilty once they pleaded no contest.

In a solemn process, Jacobson then read all 36 counts aloud, including the names of all the victims, and Almena and Harris entered their pleas and were found guilty.

Jacobson said he expects the sentencing hearing to be lengthy because the victims family members will speak, as will family members of Almena and Harris, so he set aside two full days on Aug. 8 and 9.

Oakland Mayor Libby Schaaf responded to the Ghost Ship fire deal. She says, "Oakland will forever mourn the beautiful lives lost in the Ghost Ship fire. As we move through the judicial process, our city respects the agreements reached among the District Attorney, the defendants, and the Court."


For for full coverage on the investigation into Oakland's deadly Ghost Ship Fire, visit this page. 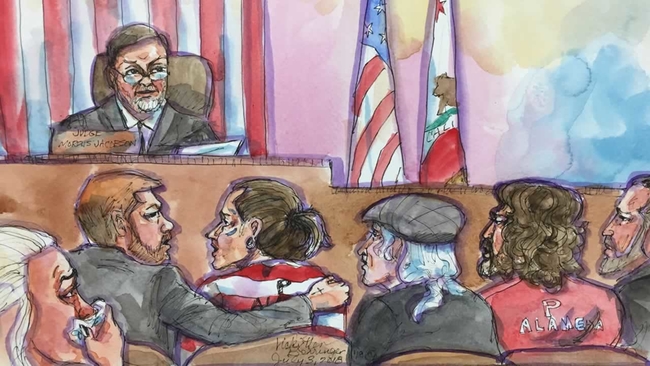