Alhaggagi said, "I know it is pathetic to say I am sorry but I truly am. I apologize to my family and everyone in here."

Alhaggagi previously pleaded guilty to providing material support to ISIS. His attorney says he admits on three occasions to opening social media accounts for people who identified themselves as ISIS supporters.

"It is not the sentence we hoped for or wished for," said Alhaggagi's attorney Mary Mcnamara.

Alhaggagi's uncle, Hashem Awnallah, said, "The world needs to know that he is not radicalized, he is not dangerous and definitely he is not a terrorist."

The government showed video of Alhaggagi speaking with an undercover agent.

In it, Alhaggagi says, "If you want to plant a bomb or walk into a place with a bomb, you don't even have to do it yourself. There are so many homeless people that would do it for you. I could tell them to walk into the YMCA with a bag and they would do it."

Alhaggagi's attorney says he never intended to do anything he talked about.

"We believe Mr. Alhaggagi was a troll... someone who likes to provoke get a reaction," said Mcnamara.

Judge Breyer pointed out that Alhaggagi downloaded instructions on how to make a bomb.

“I know it is pathetic to say I am sorry but I truly am ... I apologize to my family and everyone in here.”
- Alhaggagi

"He did download a bomb manual. That is something that sometimes young men do, and I think it's a very far cry from that behavior to actually undertaking any of the things he said," said Mcnamara.

"His best friend was the internet," said Awnallah.

"There was real isolation, there was insecurity and this young man was trying to make up for that by saying a lot of BS," Awnallah continued.

The government provided evidence in which Alhaggagi talked about bombing a gay nightclub and killing UC Berkeley students.

"The highest priority of our counter-terrorism efforts is to prevent acts of violence before they occur," said U.S. Attorney David L. Anderson.

.@USAO_NDCA will not be speaking on cam but provided this statement: pic.twitter.com/2uulNLi60X

"Amer Alhaggagi hoped and intended to carry out acts of great cruelty in order to sow terror in our community. Through the combined efforts of local and federal law enforcement, Alhaggagi was identified, apprehended, and prosecuted before he was able to commit the violence he schemed to commit. This prosecution stands as an example of how homegrown extremists who seek to sow fear and panic into our communities can be stopped when law enforcement agencies work together," Anderson continued in a statement.

Alhaggai told the court, "I find it hard to look and listen to all the horrible things I said to the undercover agent. I made myself look like a crazy person."

Both the judge and the government commended Alhaggagi's family and community for being so supportive of him throughout the case.

"The outpouring of the community was extraordinary we've never seen anything like it," said Mcnamara. 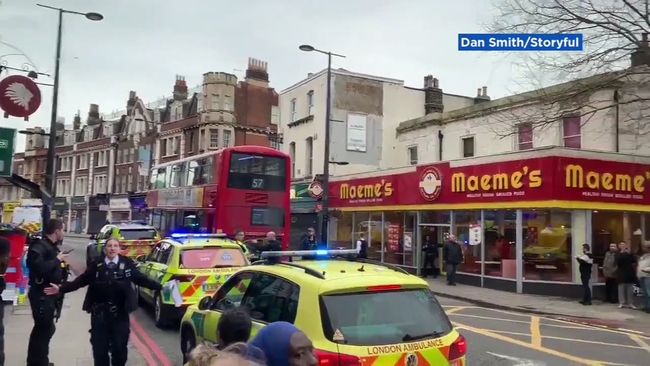