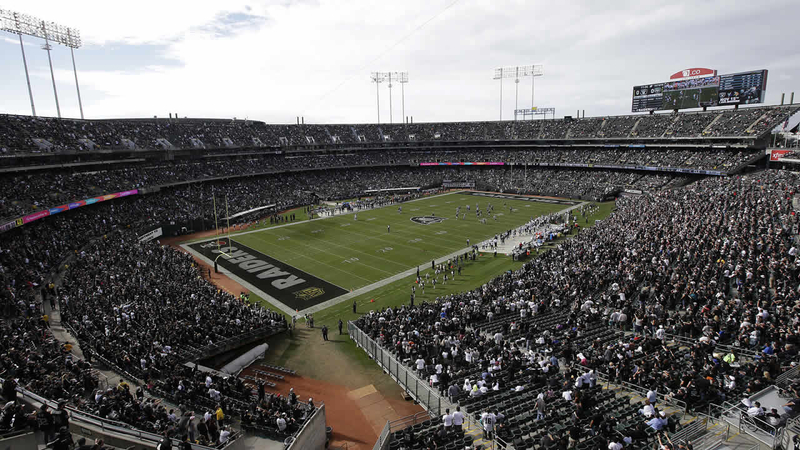 OAKLAND, Calif. (KGO) -- Oakland Mayor Libby Schaaf says she is undeterred by reports the Oakland Raiders have set their sights on a new stadium near Los Angeles.

Thursday evening, Schaaf returned from a trip to New York where she pitched her city to the NFL as the place where the Raiders should remain.

As soon as she got off the plane, she went right to Oakland City Hall to hold a press conference. She admits she does not have a specific plan, but she said she felt like her presentation to NFL owners in New York went well. She added that she will not be distracted or bothered by the Raiders' continued efforts to move the team south.

"We recognize why the Raiders have looked at other options," Schaaf said.

Fresh off her meeting with NFL owners, Schaaf says her focus is solely on her city and keeping the Raiders in it.

"The Raiders continue to say that their preference is for Oakland, that they believe that the fan experience at that Oakland Coliseum is the best fan experience in the world," Schaaf said.

But before Schaaf even started her meeting in New York, word came that the Raiders had enlisted the help of another mayor player, Disney CEO Bob Iger, to help lead the team's effort to move to Carson.

"It did not feel awkward at all. We were very focused, we remain focused, we are not letting the Los Angeles story distract us," Schaaf said.

Though other cities are kicking in as much as $300 million in public money, Schaaf insists she can build a stadium here without using taxpayer dollars.

Oakland's contribution would come in the form of land, infrastructure and perhaps bonds, repaid with profits from the stadium development. It's a process Oakland community activists are watching closely.

"The community has not had a seat at the table. We want to make sure that any public investment -- public land, public money, infrastructure -- that that infrastructure serves the existing residents here in East Oakland," Robbie Clark from the Oakland United Coalition said.

The NFL is expected to decide which team can move to Los Angeles early next year.

Disney is the parent company of ABC and ABC7.