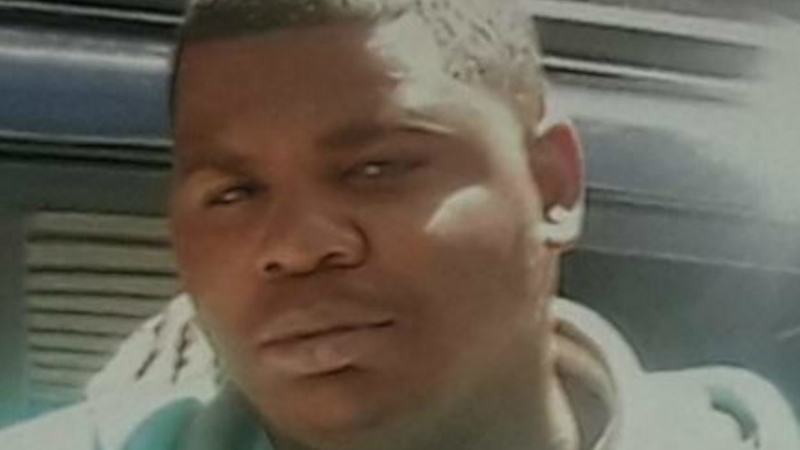 OAKLAND, Calif. (KGO) -- The FBI and Oakland police issued an urgent plea for the public's help in solving a murder case.

The victim's mother described how she urged her son to breathe, just breathe,after she found him bleeding on the sidewalk on Saturday, February 3. It was 10:50 a.m. when 27-year-old Patrick Scott was shot to death at a bus stop at 62nd St and Market St on the Berkeley-Oakland border.

Mother Carol Jones said, "My son was a good child. He kept to himself. Yes, he was born with a disability but no one knew it. He was a humble giant."

Bert Fairries with the FBI said at a press conference, "He was taking a bus to his grandmother's home and, at that time, he was fatally shot." He said they're asking for public assistance to solve the crime.

Homicide investigator Michael Jaeger said, "I do believe he was an intended target."

Scott's mother heard what she described as nine shots from her home a block away. She says she found her son dying on the sidewalk.

She said, "I put my baby in the Jeep and drove him to Children's Hospital. He said mama slow down, you're driving too fast."

Scott was put in an ambulance to be transferred to Highland Hospital's trauma unit but he never made it.

FBI and OPD says this developmentally disabled man who was shot to death was an “intended target” #abc7news pic.twitter.com/OzkKvVywvA

Jones says before her son died, he told her who shot him. That's information, she said, she isn't allowed to disclose. But she does have a message for those with information about the case.