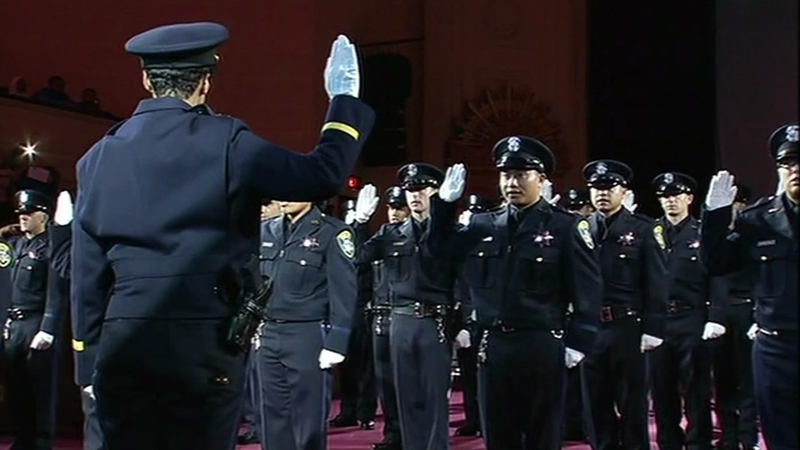 OAKLAND, Calif. (KGO) -- The Oakland Police Department is adding to its ranks. The department has been understaffed for years and Friday was graduation day for the latest police academy class.

They are Oakland's newest police officers, 35 in all. They include seven women, a variety of ethnicities and they speak five different languages. Twelve of them were born, raised, or currently live in Oakland. And most come from California.

"We may not be from Oakland, but we will be made by Oakland," said one officer.

This class brings the total number of Oakland officers currently on the streets to 735. That's closer to the goal set by Mayor Libby Schaaf.

"I have promised to get this department up to 800 officers at some point during the year 2017. We have another 50 officers in training right now," she said.

Yusef Ghazi was born and raised in Oakland and hopes to bring with his new job a certain understanding of the people and the city he's sworn to protect.

"Even though they might not know me, but they know you're from the city of Oakland, you can relate to them, you grew up maybe in the same neighborhood, you grew up the same way they grew up, so that plays a big role," he said.

Wherever they are from, Chief Sean Whent acknowledged they are entering law enforcement at an especially difficult time. And the job brings with it certain expectations.

"A police officer's role is as a guardian of the community," he said. "They're not warriors out there. It's a protector role and they have to understand the difference between the two."